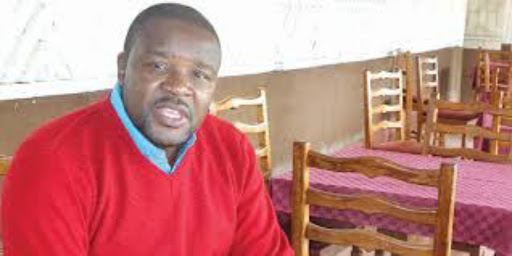 Former Langata parliamentary aspirant Stanley Livondo has elicited mixed reactions online after claiming that someone had planned to crash a plane that was carrying President Uhuru Kenyatta while he was on his way to the United States.

Speaking on Saturday during Moses Kuria’s homecoming prayer meeting/rally in Thika town, Livondo claimed that the head of state’s life has been put in danger twice.

Kenyans took to social media to give their opinions on the matter. Watch:

In April 2015, President Uhuru Kenyatta was forced to cancel his business trip to Los Angeles, United States of America, after a routing blunder of his trip nearly sent his military jet to the raging war zone on the skies over Yemen.

According to State House, the President’s jet was forced to turn back and return to the country minutes to midnight when the pilots realised they were flying Kenya’s Commander-in-Chief right into a battlefield with dozens of exploding missiles and bombs.

The President was scheduled to go through Dubai, in the United Arab Emirates to catch a direct flight to Los Angeles, for the 2015 Milken Institute Global Conference – touted to be a major business event in the government’s bid to woo investors.

“The plane did not make it to Dubai. Following reports of increased military activity in Yemen, there was a challenge on the routing leading to a decision to turn back. The plane carrying the President touched at Jomo Kenyatta International Airport at 11.42 pm,” said the then President’s Spokesman Manoah Esipisu.
READ ALSO  Kenyan Catholic priest dies in suspected suicide
Related Topics:LivodoNewsUhuru Kenyatta
Up Next

I know who leaked my wedding photo – Pascal Tokodi