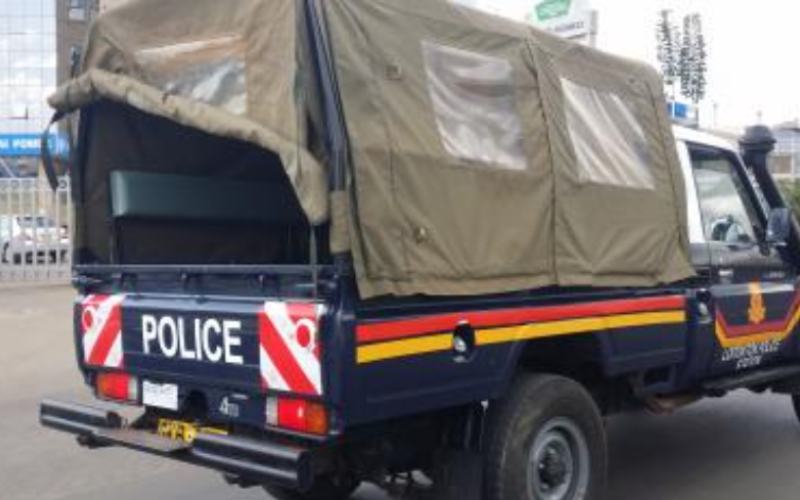 Police in Wajir are detaining their colleague after he was arrested by residents for allegedly robbing with violence.

In a report seen by local dailies, Hassan Mohammed Suleiman of Critical Infrastructure Protection Unit (CIPU) based in Wajir was nabbed by members of the public who later handed him over to the police.

In a police report, Charles Ntomariaga,31, claimed that he had been attacked and physically assaulted by two people while on his way home.

The suspects later took off with his Safari boots and robbed him of Ksh400.

“It was reported by Charles Ntomarianga,31, that he had been attacked by two persons known to him and robbed him of Ksh400 and a pair of Safari boot shoes valued at Ksh2,000,” the report read in part.

It would later be reported by one George Ochieng Onyango,38, who notified the police that two people had been nabbed by locals in Wajir after they were found in possession of a stolen goat valued at Ksh5,000.

Upon arrival at the scene, police found the stolen goat and the pair of Safari boots that had earlier been stolen from Ntomarianga.

It is then that it was established that one of the suspects was a police officer.

The first victim was called and he positively identified the pair of shoes.

READ ALSO  Students beat up teacher who asked them to stop eating from sufurias
Related Topics:Charles NtomariagaHassan Mohammed SuleimanNews
Up Next