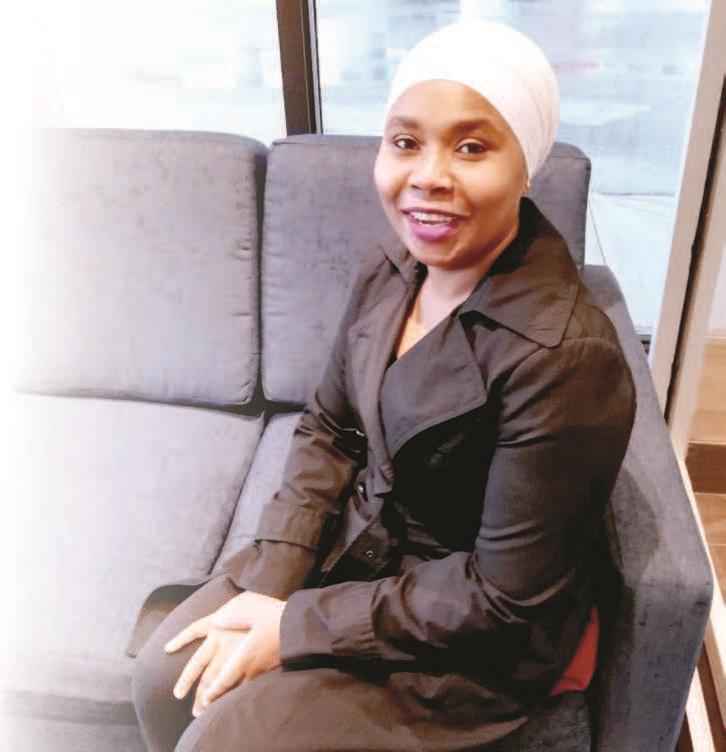 Arafa Abdillah Ahmed completed her diploma in hotel management in 2004 and failed to secure a job soon as she had expected. Having been raised by a single mother who worked abroad, Arafa opted to follow in her footsteps.

“I had promised myself that if I didn’t get a job locally after college, I would broaden my search. A friend connected me to an agent for overseas employment and I registered my details. After a few months I was successful,” she narrates In June 2004, Arafa travelled to Dubai to work. She started off as a lifeguard. She would later get married here in Kenya in November 2006. Her husband didn’t have a job, so he stayed back in Kenya, while she continued working in Dubai.

However, Arafa discovered that she was expectant. “I was all by myself, expectant… in a foreign county. It was tough,” says Arafa When she was due, Arafa took maternity leave and came back to Kenya to deliver her baby in August 2007. But she had to travel back to Dubai after her leave was over. Arafa’s mother who was working in Saudi Arabia as an English teacher had to quit her job to raise her baby.

“I had to work to make ends meet. My husband hadn’t secured job at the time. Bills had to be paid. I cried for days, but I’m glad that I had a supportive family. My mother didn’t think twice about raising her grandchild. My grandmother who died two years ago and my aunt, too played a big role in supporting me,” she recalls Together with other workmates who were also working in the company while their children were at home, Arafa had at least a support system that she could turn to. With technology too, she was able to get updates on how her son was doing.

When her son turned three, Arafa travelled with him to Dubai together with her husband who also got a job in the same country.

In 2011, Arafa discovered she was pregnant for the second time. “I couldn’t sustain two children in Dubai. My mum came through again and took my son who was five years and daughter who was two months and brought them home,” she recalls Careerwise, Arafa was soaring. After starting as a lifeguard, she secured a job with a hotel for nine years before joining Emirates as a cabin crew man ager. She always ensured that whenever she found time, she would travel home to be with her children after eve;.- two months. In February 2014, Arafa became a mother for the third time. “A part of me felt that I should be with my children. But if I stayed in the country, I would be jobless,” says Arafa.

While everyone saw a strong woman on the outside, the mother of three admits she was struggling emotionally. So, in December 2017, after working in Dubai for 15 years, she decided to call it quits and return back home in Kenya. By this time, together with her mum, they had saved enough money to sustain them. They had also built a house and established themselves. Nevertheless, it was a difficult conversation to have with her husband who felt that she shouldn’t go back.

“My husband would not understand because he felt that our children were doing fine,” Arafa says.

Life hasn’t been a bed of roses ever since she came back. People wouldn’t understand why she left her job. “You come back and all over sudden, some of your friends and family distance themselves from you. People have no need of you when they feel you have nothing to offer. My mum has been my greatest support system,” she says.

To keep herself busy and to have a source of income, Arafa set up an online travel agency, Arafaizanzi tours in Zanzibar She agrees that her relationship with her three children aged 13, eight and six has not been at its best. “I feel like I’m starting all over again and learning now how to be a mother. I’m discovering a lot about my children. They only knew that mummy would come and bring them a lot of gifts and suddenly now she’s home setting rules,” she says.

Arafa has noted their fear that she will abandon them like before. “When I’m out running errands, they always ask where I am. They are scared all the time. We are not where we need to be, but I’m sure that someday my children will look back and appreciate the sacrifice that I made to give them the life that they have and to ensure that they never miss anything in life,” she says.

ARAFA
I feel like I’m starting all over again and learning now how to be a mother.