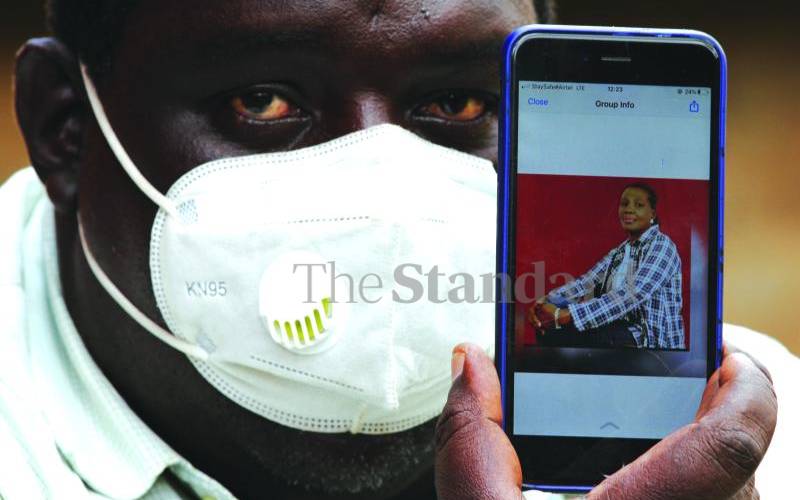 A lost phone snatched from a dying patient ultimately led distraught relatives to the hospital that had treated and later buried their relative.

The Techno mobile with a cracked screen created its own network changing hands five times before detectives finally traced the original owner who last had it at Kenyatta National Hospital Ward 8B.

Between December and April, the gadget had been sold to five different people and became a crucial lead in determining the whereabouts of Sebenzia Kilong, 48, whose family had reported missing.

Police were able to link the lost phone with the death of Sebenzia, who was discovered to have died at Kenyatta National Hospital (KNH) late last year, and the hospital proceeded to issue a permit to bury her in a mass grave as an unclaimed body.

Sebenzia was believed to be lost without a trace by her family members. Her brother Edwin Kilong describes the search for her sister as intense and extremely heart breaking. They reported the matter in Kabete Police Station, Ngong Police Station and they also went to Eldoret police station for a follow-up. The OB shows the reports were made between January 10 and January 29, 2021.

“We went to hospitals around the country, including KNH. We went to prisons, talked to her friends, but nobody knew where she was,” says Kilong.

Sebenzia left her Kangemi house on December 20 last year. The last conversation she had with her neighbour was that she was stepping out briefly and would return in a short while. That was the last they saw of her.

“When we got into her house, leftover food was still on the table. There were some clothes on the chair. It showed she had not gone far,” says Kevin Kanyei, the caretaker of the building where she stayed.

The mystery deepened when her family realised her phone was off on Christmas Day, and she had not contacted her family. She was a staunch Christian, and it was out of the ordinary for her not to send even a single Christmas wish to her family. 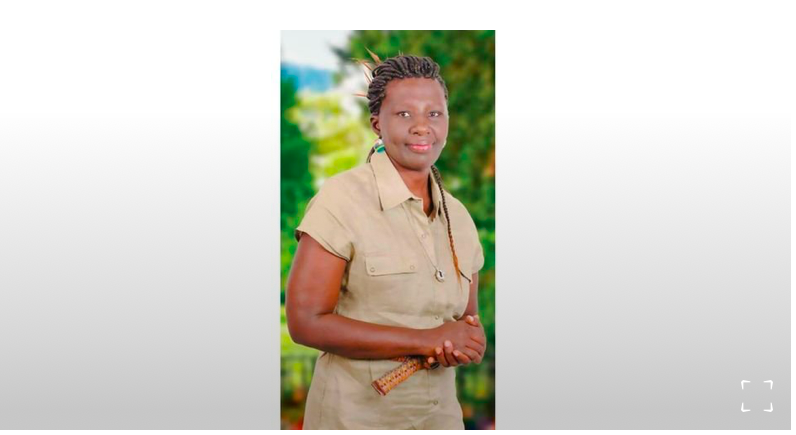 In the New Year, she was still missing. When they went to the police, signals to where her phone was last switched on placed her near KNH.

“We walked in all wards at KNH asking if they had admitted Sebanzia but they said nobody under her name had been to the hospital,” says Kilong.

The search continued. They put posters on social media, dug through more bodies in morgues, talked to more neighbours, but it yielded nothing.

Their case was placed on the Serious Crimes Unit, and that is when the facts started unraveling. A senior officer at the Unit who is familiar with the case said they learnt that indeed Sebanzia had been admitted at the hospital on December 20 and that she died on December 28.

The detectives found out that Sebanzia’s phone was taken by a patient who had been admitted to the same ward. The woman is said to have tried reaching out to Sebanzia’s father before the phone went off.

When she was discharged after Sebanzia had died, she carried the phone and sold it to someone who sold it to yet another person, and the chain of selling continued until police were able to trace it to Njiru with a customer in a bar.

“If it was not for the phone, we would have continued looking for Sebanzia forever without knowing that KNH buried her,” says Sebanzia’s aunt. The hospital later admitted in a letter to the family that indeed Sebanzia was admitted at the hospital explaining that when she died, they sought a burial permit and were placed on the disposal list.

“She was received at the hospital on December 20 treated and admitted in ward 8D on December 21. She died while undergoing treatment on December 28. Burial Permit number 1572774 was issued and a copy is attached to this letter,” wrote M.O Mdenyo for KNH’s Chief Executive Officer.

She was placed on the farewell disposal schedule on April 28, 2021. She was among 19 other patients who were buried at Lang’ata cemetery.

In this list, there are nine other patients whose names, ages, patient numbers as well date of admission, and the bill accrued while under medication. The others were listed as unknown.

Kenyatta National Hospital says despite their best efforts, they could not reach the family.

“We could not trace Sabenzia’s next of kin at the time of admission and throughout the course of treatment,” said the hospital’s CEO Dr Evanson Kamuri. He said their decision to dispose of the body was guided by the Public Health Act and KNH Farewell home policy and procedure manual that indicate unclaimed bodies should be disposed of 21 days from the day of death.

“In this case, the body stayed unclaimed at the funeral home for four months,” he said.

READ ALSO  Itumbi: Why I fell out with Uhuru Kenyatta

Earlier when the family asked for Sebanzia’s personal belongings they were directed to Ward 8D where she breathed her last.

However, the family says they are surprised that the hospital did not make any effort in trying to reach them, despite the hospital having the name of the patient. They add that there are many unanswered questions.

“We do not know the circumstances that led to our sister getting to the hospital, and what killed her,” says Kilong.

The details they got from the woman who took the phone from Sebanzia indicate that she was barely audible by the time she was being admitted. They now want a comprehensive explanation of the cause of death, and permission to exhume the body and give Sebanzia a proper burial.

“When we went to Lang’ata where she is said to have been buried, we were told that so many bodies were placed in one hole. It is not right in our culture,” says Kilong.

They have now printed photos of Sebanzia with hopes that they will be allowed to go to her graveside in Lang’ata and pray for her soul which they believe will never rest until they bury her in Bungoma.

“Let them give us something, even if it is just a bone so that we bury her and release her,” says her aunt.

All the family now has is Sebanzia’s phone with its cracked screen as a reminder that she once was.