Lovy: This is what really killed my brother Christian Longomba 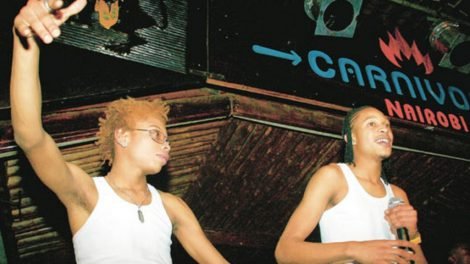 Musician-turned preacher Lovy Longomba has shared the last moments he spent with his brother Christian Longomba, who died early Saturday in a hospital in Los Angeles in the US.

Lovy has discounted reports that his brother Christian succumbed to brain cancer, saying he passed on as a result of brain injuries caused by a surgery he underwent six years ago.

“The (brain) tumor wasn’t cancerous, it was malignant but stage 4 meningioma (a tumor that forms on membranes that cover the brain and spinal cord just inside the skull) so they took the tumor out but it was so big, really big. It grew over time and was pushing the brain on one side,” Lovy narrated.

According to the musician, the tumor was successfully removed from his head in 2015 but the procedure reportedly left a heavy health impact on Christian.

“So, when they took it out, there was some damage done to the brain tissue that was really severe. The first two years Christian was fine and then the complication from the damage is what caused a lot of things. The overall damage to the brain. The tumor was removed once and for all it never came back,” he said.

After the successful surgery in 2015 doctors had given Christian only two years to live but the late singer went on to live for five years and few months, said Lovy.

“The doctors did not expect him to live more than two to three years but Christian outlived that by many years,” he added.

READ ALSO  Sergeant Winnie Adipo: Rejected by the Kenyan military, embraced in the US Air force

Plans for his burial are underway but the family has appealed for privacy during this difficult time.

Pupil stones uncle to death in wrangle over water

Mystery of Thika trader found dead in his car