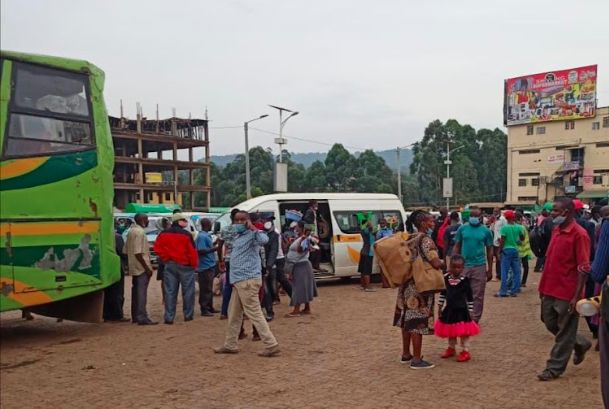 Christians flocked to churches on Easter Friday in a low-key ceremony hampered by a fuel crisis and high costs of living.

The Machakos Bus Terminus in Nairobi was desolate, contrary to previous years when Kenyans crammed bus stages to go during Easter festivities.

The few operating buses from Nairobi to Kisumu were costing Sh1, 600, compared to Sh1, 000 on typical days.

The Murang’a Shuttle normally charges Sh200 from Nairobi to Murang’a, but it had to raise the price to Sh250 due to a reduction in its fleet from 50 to 20 because of fuel shortages.

Travelers to Nakuru were made to pay Sh800, while other Saccos demanded Sh1, 000. Those traveling to Nyahururu were required to pay Sh800.

Passengers traveling to Eldoret and Kitale were required to pay at least Sh2, 500.

Fr George Munyaka, the Catholic Administrator of Christ the King Cathedral Nakuru, said Kenyans have been suffering for the previous few years during the Good Friday Holidays.

He condemned politicians for their “selfishness” and neglect of citizens after being voted into office.

“The government should put its house in order and address the fuel crisis issue once and for all,” said Fr Munyaka.

During the electioneering season, authorities should refrain from instigating the youth to commit violent acts and damage people’s property, according to Fr Armogast Mdawida, Vicar General of the Mombasa Catholic Archdiocese.

“Politicians should not use the youth as tools for violence and destruction. The youth are there to build Kenya and not to build selfish individuals who have no respect for the country,” said Fr Mdawida.

Concurrently, hoteliers in Mombasa reported that this season’s reservations were slightly fewer than anticipated.

Hotel bookings in the region have reached an all-time high of 80%, according to industry data. This, nevertheless, falls short of the hoteliers’ expectations of over 95% arrivals.

Dr Sam Ikwaye, executive officer of the Kenya Association of Hotelkeepers and Caterers Coast, stated that while estimates are still positive, the fuel situation could negatively impact travel.