Lupita lands new role ahead of mega event in Kenya 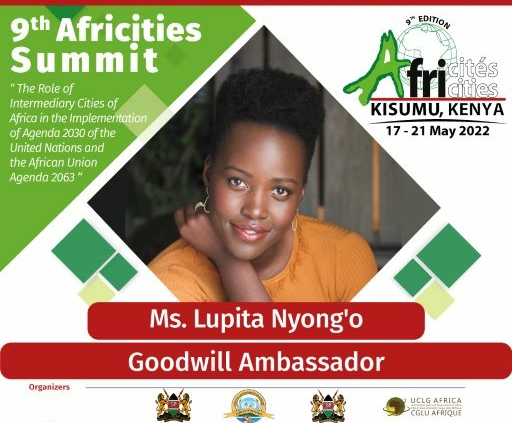 Lupita Nyong’o, a Hollywood actress, has been named as AfriCities’ goodwill ambassador prior to their mega-conference in Kisumu in May this year.

AfriCities is a organization dedicated to fostering economic growth in African towns.

Lupita’s appointment was unveiled on Friday, April 29, as the organization continues to prepare for the ninth conference, which will take place May 17-21.
The actress was suited  for the role, according to AfriCities organizers, because of her impressive film career.

“For the first time, the Africities Summit will have a Goodwill Ambassador: Ms. Lupita Nyong’o, Oscar-winning Kenyan actress, star of the film Black Panther and its sequel Wakanda Forever,” read the statement in part.

The summit’s theme is “The role of intermediary cities in Africa in the implementation of the United Nations 2030 Agenda and of the African Union´s Agenda 2063”and it is hosted by His Excellency, Uhuru Kenyatta, President of the Republic of Kenya.

Several preparations are being made, with the government investing more than Ksh1.4 billion on the exercise.

Kisumu International Airport is also undergoing renovations, with an increase of travelers expected in May.

Aloice Ager, the Africities Secretariat’s secretariat representative in Kenya, indicated that the conference will be a big economic boost for the lake region’s counties, with significant hotel bookings projected.

The Africities Summit, which takes place every three years over a five-day period in different parts of Africa, is the continent’s largest democratic event.