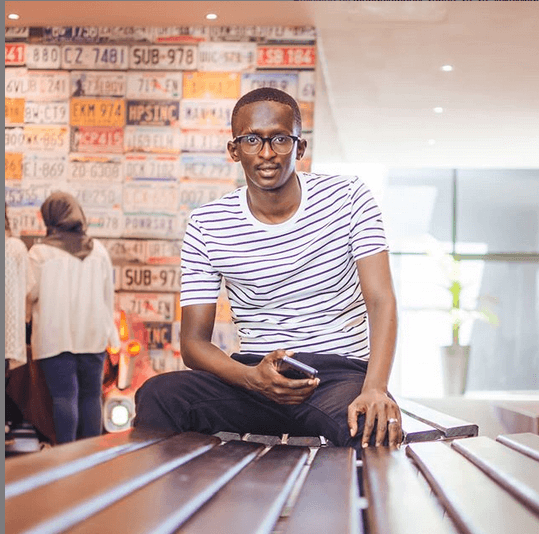 According to Njugush, twitter a big wig had criticized them for acting in the show ‘The real house helps of Kawangware’.

The big wig compared the show to those that Lupta Nyongo has acted, saying Njugush and his fellow actors would never reach her level.

Speaking during an interview with cleaning the Airwaves, Njugush shared

‘When you start something people will always discourage you.

When we started shooting Real House helps of Kawangware there is a big wig who tweeted blasting us for producing ‘show ya mamboch.’

At the time Lupita had won an Oscar.

‘A few months later I woke up to congratulatory messages on checking why I saw Lupita had tweeted saying she was watching our show.

At the time I was called Funny Njugush after Lupita’s tweet is when I changed my name to Blessed Njugush. We therefore worked hard on the show till it became the most watched show on TV.’

Njugush added that a year later he met the bigwig at an event and he was disgusted at his pretence.

‘I later met that big wig at an event and he greeted me saying vile anapenda my work, kazi gani? akwende huko’

His advice to people starting a project

‘When you start something people will always talk so do you.’

READ ALSO  VIDEO: Ruto explains why he has picked Gachagua for running mate
Related Topics:NewsNjugush
Up Next

Woman of passion: I quit my job to start a business, months later Covid hit