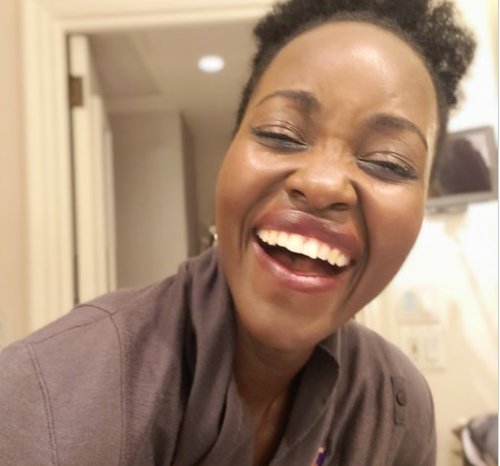 Actress Lupita Nyong’o appears to have irked a section of Kenyans on social media who accuse her of not showing love to her country.

In return, the award-winning actress posted a picture of herself on Twitter in which she appears to show both her middle finger to her ‘haters’ with the caption; “Them: prove you love your country.” 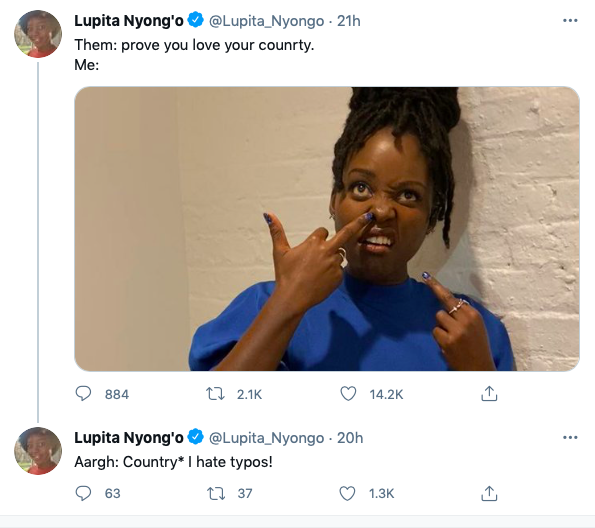 Lupita recently raised eyebrows for opting to visit the Serengeti Park in Tanzania when Kenyans suggested it would have been better to tour some of the parks in her country.

Earlier this year, she also became a hot topic of discussion when Tourism Cabinet Secretary Najib Balala claimed the government had unsuccessfully tried to contact her for five years before opting to appoint British supermodel Naomi Campbell as the Magical Kenya International ambassador.

Lupita immediately responded by taunting Balala for his remarks.

Lupita was born to Kenyan parents but had to relocate to Mexico at a young age. She is currently based in the US.