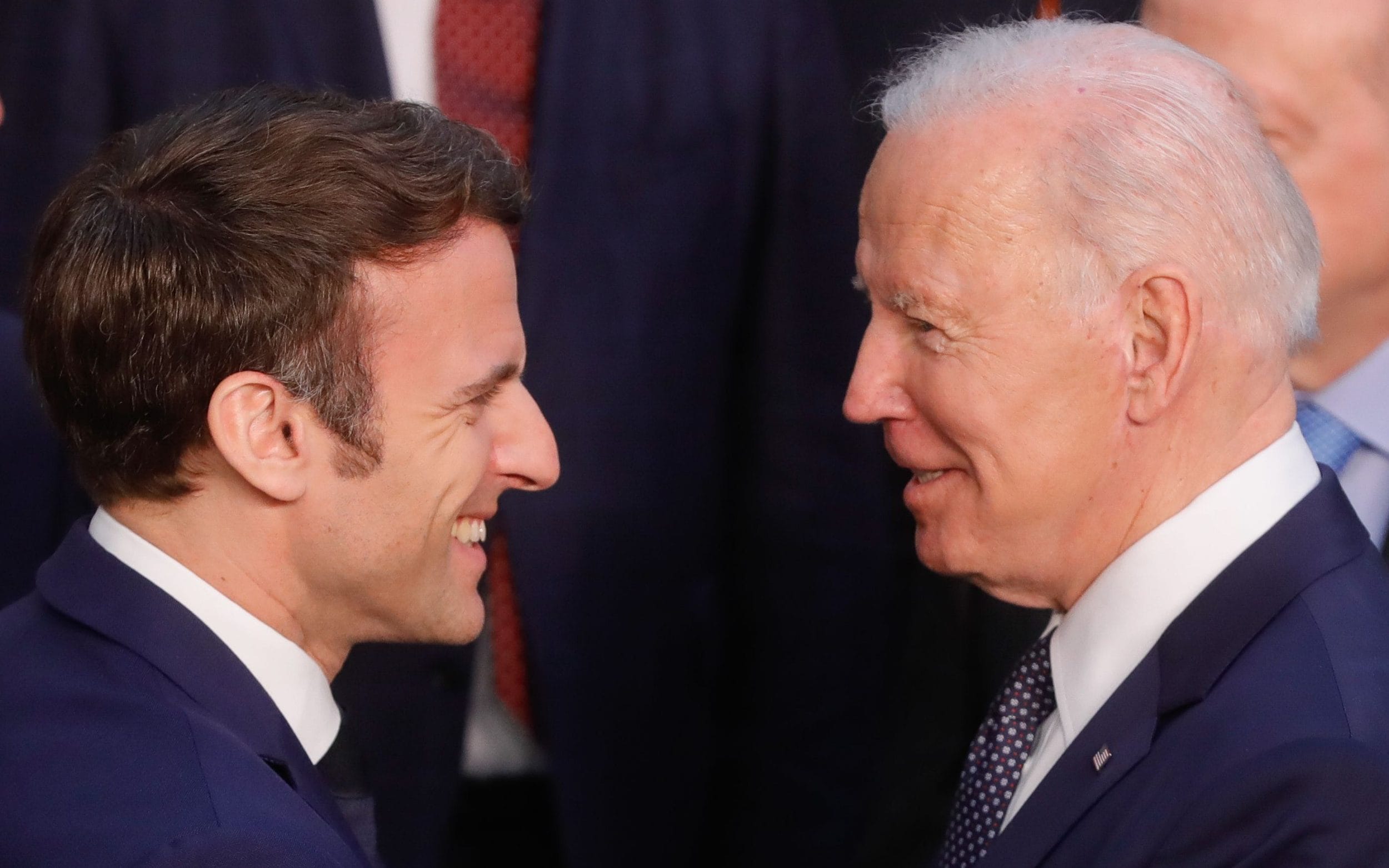 After US President Joe Biden dubbed Russian President Vladimir Putin a “butcher” over his invasion of Ukraine, French President Emmanuel Macron advised against verbal “escalation” with Moscow on Sunday.

Macron told France 3 that his goal was to “achieving first a ceasefire and then the total withdrawal of (Russian) troops by diplomatic means.”

“If we want to do that, we can’t escalate either in words or actions.”

Throughout Russia’s military buildup on Ukraine’s borders and invasion of its neighbor, Paris has maintained diplomatic relations with Moscow.

Some other politicians and analysts have criticized Macron’s attitude, but he has justified it as necessary for reducing the war’s harm.

Nonetheless, on Sunday, he accused Putin of attempting to return to “a Europe of empires, of domination, without respect for the integrity of borders and the integrity of nations to decide for themselves.”

Biden’s Saturday words were significantly more forceful, with the US president referring to Putin as a “butcher” who “cannot remain in power” during a visit to Poland

Macron said he will contact Putin on Monday or Tuesday to address a plan put up by France, Greece, and Turkey to rescue Ukrainians from Mariupol, which is under siege.

“There is a lot of cynicism from the Russian side on this question,” Macron said.

“We’re looking with the Ukrainian authorities in the city of Mariupol at how to organize the evacuation of everyone who wants to flee.”

He added that “we have to do it quickly, in the very next days” given the intensity of combat and bombardments in the city.