Maendeleo Democratic Party Leader on Why Kenyans should Vote Raila 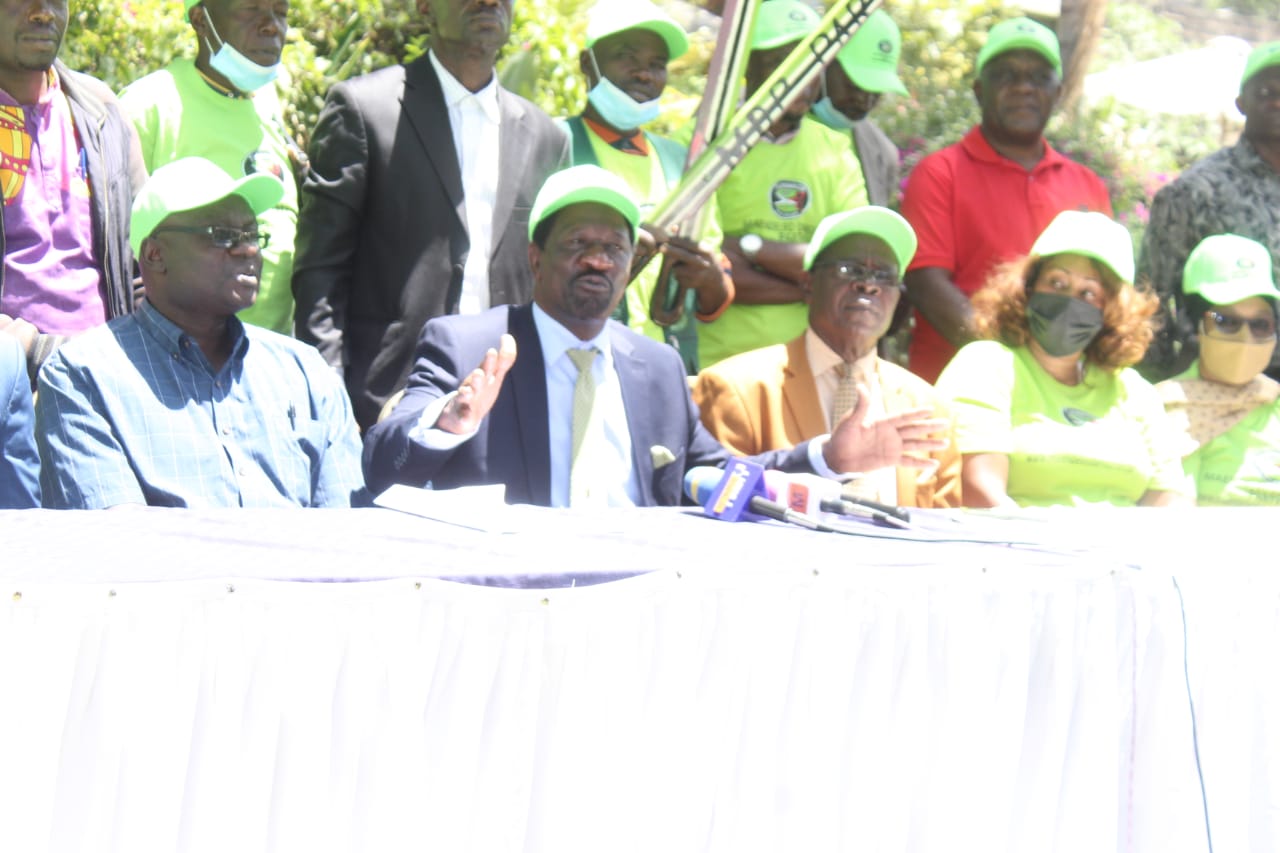 While addressing the Press early today at a Nairobi hotel, Omukoko said the former Prime Minister has sacrificed a lot for the country and hence he is the best placed candidate for the top seat among those in the field.

“He is a person who has the best heart of this country. He has sacrificed a lot because of this nation’s democracy. Let’s get him as our President,” he said.

Omukoko also urged Kenyans not to elect leaders with a tainted image in the public eye.

“Where we are as a country we need a president who is committed in fighting graft in all facets of our nationhood. An individual who is ready to seal loopholes on government spending,” he added.

He added that former first Lady Mama Ngina Kenyatta’s advice on the forthcoming elections was in good faith and for the sake of the country’s welfare.

“Mama Ngina has given us her thoughts and as Kenyans we need to follow her as swift as possible,” he added.

READ ALSO  VIDEO: You should have resigned and let me pick someone else to help run the country, Uhuru tells Ruto
Related Topics:News
Up Next

VIDEO: Kenyan suspected of murder in US believed he was killing the devil – Lawyer

Why Men at 65 Risk getting Prostate Cancer