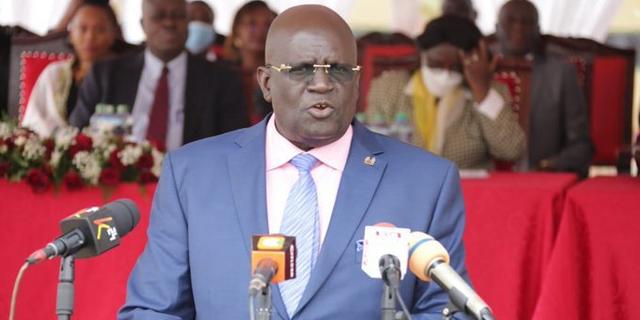 In the event that President-elect William Ruto is inaugurated as Kenya’s fifth president, concerns about the Competency-Based Curriculum (CBC) being abandoned have been allayed by Education Cabinet Secretary George Magoha.

Speaking to the media on Friday, August 26, Magoha noted that considering the sum of money put into the project, getting rid of the new curriculum would be utterly impossible.

Additionally, he said that the new curriculum has already been adopted by many students, so efforts to get rid of it would run into trouble.

“There is never a vacuum in government and with 10 million children under CBC, no government is even going to consider removing the curriculum. They will basically just try to improve it by trying to make it better in certain aspects,” he stated.

He also mentioned that after teachers’ training is complete, the transition of Grade Six children to junior secondary will be seamless.

CBC classrooms and that all the facilities will be ready for the start of the following academic year, which begins in January 2023.

One of the agendas that dominated William Ruto’s campaigns was the elimination of the CBC.

The government has not yet made public how much the CBC curriculum really costs. However, Ukur Yatani, the Treasury chief secretary, earmarked Ksh1.2 billion for CBC teacher training and Ksh46 billion for the building of CBC classrooms in the 2022–23 fiscal year.

The money came from the Ksh544.4 billion that was given to the Ministry of Education.

READ ALSO  HAVE YOU SEEN HER? Kenyan woman in US goes missing, police and family make appeal to the public
Related Topics:Cabinet Secretary George Magoha.CBCNews
Up Next