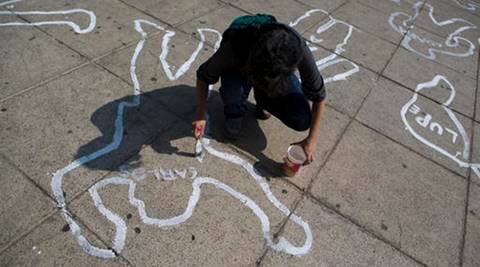 Police  India say they are holding a man after his friend,  a  25-year-old Kenyan Diaspora woman, killed herself by jumping from the 14th floor of a housing society in Greater Noida in Uttar Pradesh, earlier in the week.

The deceased has been identified as Vinimanyasa Idbo, who was originally from Thika, Kenya.

Authorities have detained the friend for questioning saying that there was a heated argument one evening between the woman and her male friend after which the woman took the extreme step, jumping to her death.

A report by officer Anil Kumar of Beta-2 police station says the Kenyan woman was living in a rented apartment on Tower-B in Casa Grand housing society in Greater Noida.

“The security guards of the society informed the police about the whole incident and the body was taken into custody. The girl’s male friend was living with her on tourist visa. It came to light that there was some dispute going on between the two after which the girl jumped from the balcony of flat,” said Kumar.

SAD: Comedian MC jessy tells of how his mom died just a day before his KCPE exam, dad had passed away earlier on