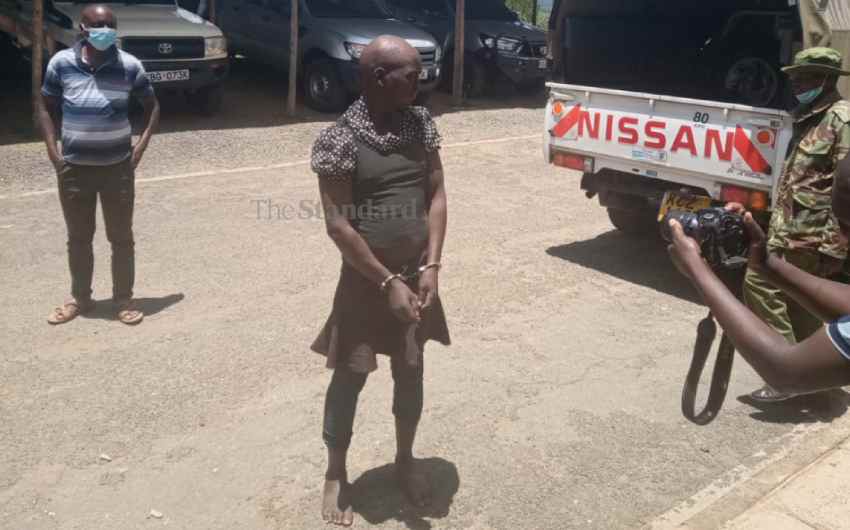 A 40-year-old man accused of attempted rape has been arraigned in a Baringo court dressed in the clothing he allegedly stole from a policewoman based at Kabartonjo Police Lines.

Vincent Kibet was charged at Kabarnet Law Courts with rape and burglary – both against officer Mercy Chebunyei.

The court heard that the ex-convict was arrested on the night of April 14 while attempting to break into the home of Chebunyei stark naked.

According to the prosecution, Kibet stole the clothes he wore in court; a blouse, leggings and a skirt, all worth Sh1,000.

The case will be mentioned on May 11.

READ ALSO  How greed, animosity led to the closure of Fig Tree Hotel
Related Topics:Kabarnet Law CourtsNewsVincent Kibet
Up Next

Kenyan-Briton causes stir with race petition in the UK