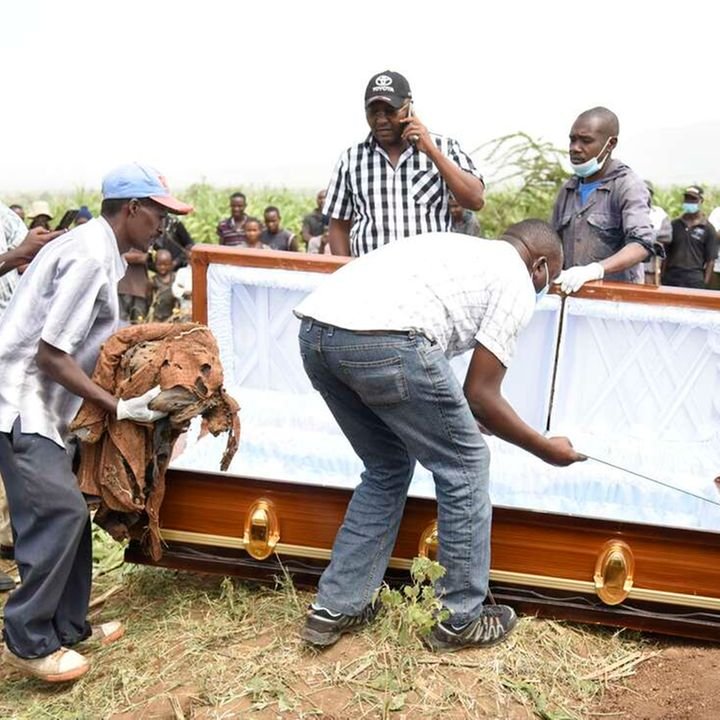 It has been 37 years since their father died and was buried. But Gideon Kihara Njuguna’s sons have not had peace.

They have always wished their father, who was buried at Kandutura village in Solai, was accorded a better send-off and buried in a different location, where their mother was buried — Kimangu village, which is five kilometres away.

And so on Thursday, the remains of the 81-year-old were exhumed, a funeral that cost close to Sh300,000 conducted and then he was buried next to his wife.

Njuguna’s sons said that contrary to the common circumstances where most exhumations in Kenya are prompted by land disputes, their father’s was done purely out of mutual agreement. The family wanted to move his remains from a humble grave to a more decent one.

They exhumed the remains from their father’s seven-acre farm.

“When we buried our father in 1984, our farm in Kimangu had no title deed and we settled for Kandutura which had a certificate,” says his third-born son Samson Njuguna.

It was after their mother died in March 2019 and in search of a title deed that a land surveyor told them that a road was supposed to pass through the land in Kandutura — at the exact spot that they had buried their father.

The exhumation started at 9am. It took three and a half hours to locate the remains — a skeleton with a torn checked brown suit and brown and grey tie still intact.

After exhuming his remains, the family placed them in a casket, loaded them in a hearse and placed wreaths on it. A convoy of top-of-the-range vehicles made its way to Kimangu where the burial ceremony was done.

The event shocked the community, with neighbours standing by to witness it.

Exhumations are carried out globally all the time, but usually for the purpose of forensic investigations to aid criminal investigations, genealogical research, and identification of victims of war. But not this one. 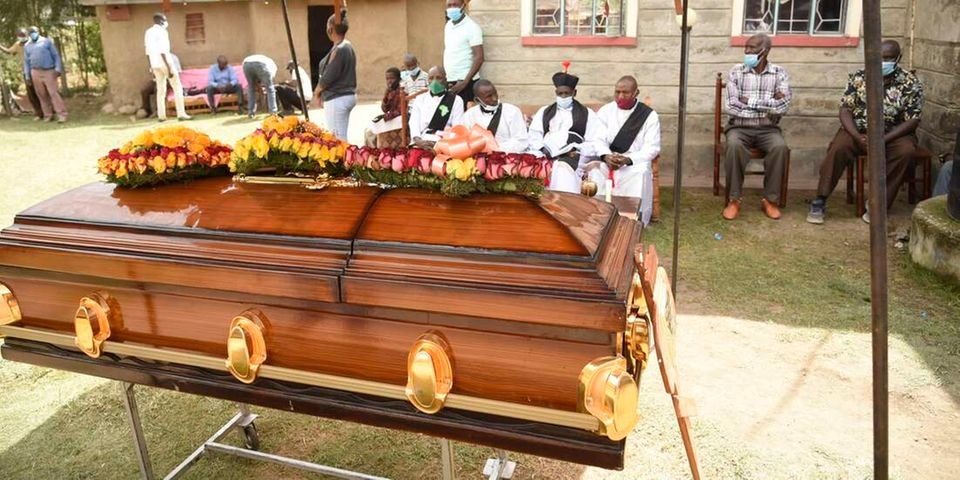 “We felt like we have abandoned him as most of us are working in Nairobi. Where we buried him we have not built there. So we agreed with my siblings to move him and bury him next to our mother,” says Njuguna.

After submitting their request to the court in February 2019, it took a year and three months before the family got the court order. Disinterment is carefully controlled under the Public Health Act.
Public health officials present during the exhumation said they got the order on June 3.

Rongai Public Health Officer Kizito Mahero said that they had to enforce the order from the court.

“We followed all the right procedures, it took us over a year. We are glad that we could find his remains and lay him next to mum,” the deceased’s second last born son, Giddy Njuguna.

The family is relieved now that their father will finally rest in peace. Nothing lasts forever — sometimes, not even your final resting place.