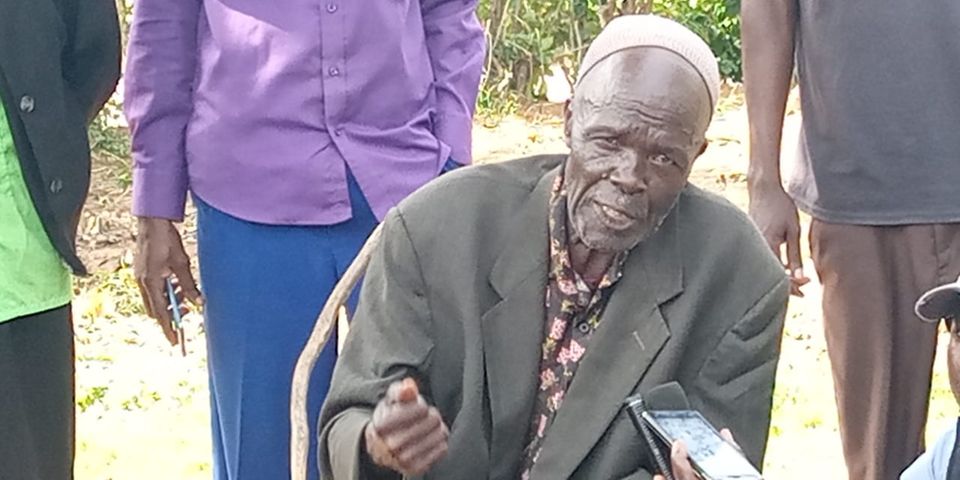 Grief and sorrow has engulfed Bilasio village, Muanda sub location in Bumula Constituency after a man hacked his father to death in a tragic dispute over a piece of land.

Boss Wanjala was allegedly driven to committing the heinous crime after his father, Wanjala Kasimiri, sold a piece of land without informing the family.

The suspect allegedly accosted his father, who was in the house, hacked him to death with a machete as the other family members fled.

Mr Wanjala is reported to have thereafter surrendered himself to the area assistant chief Scholastica Ranga who handed him over to the police.

The incident that happened in broad daylight has left residents of the village in shock.

Ms Ranga said that she was called from her home by furious relatives and neighbours of the deceased shortly after the incident happened.

“The suspect threw down the machete, knelt down and raised up his hands while confessing his heinous action. I promptly handed him over to the police,” the administrator said.

Ms Ranga said that the suspect will soon be arraigned in court  to answer to murder charges.

“I want to appeal to families with difference to find amicable ways of settling disputes by involving community and church leaders or their relatives,” she said.

In a separate incident, in the same constituency, a family has asked the police to investigate circumstances surrounding the death of their son who was killed by unknown people.

Martin Sifuna, who was 48 years old, is believed to have been attacked by assailants who left him with fatal wounds inflicted with sharp objects as he was heading home.

A co-worker of the deceased in a construction site said Mr Sifuna had been involved in a row with other workers after he withdraw their names from a list of those who were supposed to report on duty.

“The boss had requested him to reduce the number of those on duty and when he removed two from the list of about 15 it led to a quarrel,” said the co-worker, who also claimed that Mr Sifuna he been assaulted the aggrieved employees.

He is reported to have gone to hospital and later reported the incident to the police.

One of the alleged suspects is reported to have surrendered to police and is being held at Bumula Police Station.

Alfred Mbita, the father of the deceased, said his son was stabbed severally by his assailants.