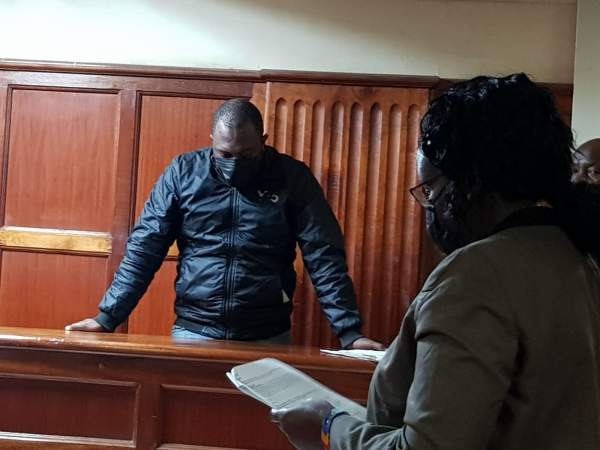 Emanuel Ian Osome has been charged with forging M-pesa messages to cheat his landlord that he has paid rent for 37 months.

The 31-year-old man who was arraigned at Milimani law courts, was charged with the intent to defraud his landlord with edited false Mpesa transactions on diverse dates between the month of November 1, 2018, and November 8, 2021 at Kristy Homes in Langata, Nairobi.

Emmanuel is facing a total of five counts of fraudulent misuse of electronic data contrary to the law and computer forgery.

According to a police report, the complainant wrote a letter to the DCIO Nairobi area requesting police investigations and action on the alleged fraud.

“In the letter, she complained of one Emanuel Ian Osome who has been her tenant at Kristy Homes in Langata and has been paying house rent for 37 months ” the report read in part.

The investigating officer began his investigations and established that there was no money paid to the said Absa Bank that corresponded to the said Mpesa transactions by the accused to the landlord account.

The officer also obtained a report from the Communication Authority of Kenya confirming that the accused had sent the said monthly false Mpesa texts to the caretaker.

Miss Morgan says she found out deadbeat baby daddy was a divorcee, has 6 kids