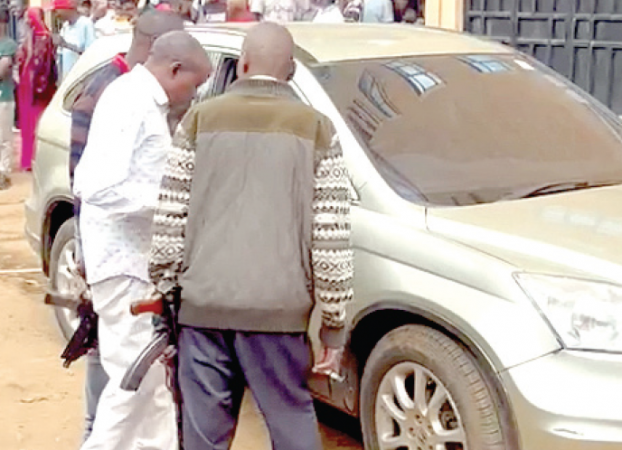 The man shot dead inside his car in Nairobi’s Mirema Drive estate was suspected of being involved in illegal activities.

He was also being probed for leading a crew that was infamous for dosing club patrons with sedatives before stealing from them, among other things.

“The man headed a big syndicate that mostly involved women, who would be used to spike revelers’ drinks before stealing from the customers,” a police officer who asked to remain anonymous said.

The man was shot immediately after dropping off his daughter from school on Monday afternoon, according to Kasarani Sub-County Police Commander Peter Mwanzo.
Mwanzo said that detectives were questioning a man and a woman about the afternoon.

According to the authorities, he was shot at least six times. However, eyewitnesses reported that the lone gunman seemed to know the victim and that he could have been a security officer.

“We are interrogating two people with a view to establishing the people behind the fatal shooting and also the motive,” the police commander said.

According to our police sources, the victim was on detectives’ radar for SIM swapping and the ‘wash wash’ racket.

He was gunned down while driving a Honda CRV. After that, the gunman drove away from the crime spot to an unknown location.

According to witnesses, the well-dressed gunman ran and entered in a waiting Toyota Premio car. He was wearing a cap to conceal his identity. He is said to have approached the man and shot him four times.

He realized his victim wasn’t dead as he was walking away and took a few steps backwards before firing twice, killing him instantly.