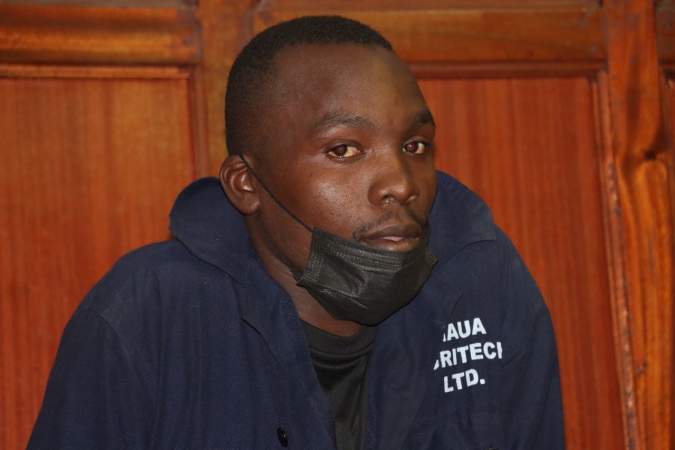 Tom Wamunga, a sixty seven year old man was beaten up and got his trousers torn when he tried to stop a street fight.

Mr. Wamunga was beaten by Alex Ondieki, when he intervened to stop a fight.

The 23-year-old man who pleaded guilty to malicious damage to property, is alleged to have committed the offence on December 9 on Moi Avenue in Nairobi.

He is alleged to have damaged a pair of spectacles and a pair of trousers all valued at Ksh19,500.

According to a police report the complainant who is a Human Resource Manager was walking along Moi Avenue and on reaching Archives area, he met two men engaging in a fight and decided to intervene.

“One person known to him, who was fighting with the other, turned and pushed him down on the ground and stepped on his stomach,” the police report read in part.

It is alleged that the complainant sustained injuries on his back and in the process, his trouser was seriously torn and his spectacles damaged.

Seeing his life was in danger, he screamed for help and members of the public came to rescue him.

After the incident, he went to hospital for treatment and later reported the matter to police.