Man says in-laws gave back dowry so he, wife could start life 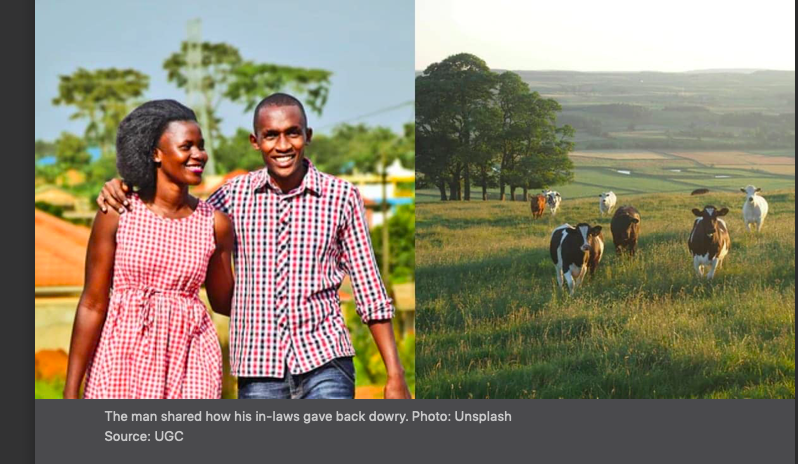 Many young African men have paid dowry to their bride’s family as part of an age-old African tradition.

A young South African man was recently spared the expense by his bride’s family who said that there are better things the couple can do with the cash.

However, when his family took the money to her family, they declined, only opting to take KSh 15,000 of the money which they used for food.

According to the family, the young couple could use the KSh 460k to start their lives together.

In an exciting plot twist, the guy also explained that the family had told their daughter to keep aside KSh 293,000 for a ceremony which they thereafter said they would pay for themselves.

“I’m so excited last weekend I sent my family to pay lobola for me, I was charged KSh 476k. When my family arrived they paid and were given back to give to me and my wife to go Kickstart our new marriage; 2000 deducted was just for food they prepared for the two families,” he wrote happily.

“This is how ‘lobola’ is supposed to be done. The family unit and help the new couple to start the loving home. You have blessings from ancestors from both families.”

“Sounds like you have been blessed with an amazingly supportive family.”

“What a lovely family you’re marrying into. Well done. Now look after each other, this is a wonderful opportunity you’ve both been given. Don’t buy expensive homes cars etc. invest in a sure way to grow your wealth – restraint now will give you financial freedom down the line!”