Man stabs college girl after she 'refused to date him' 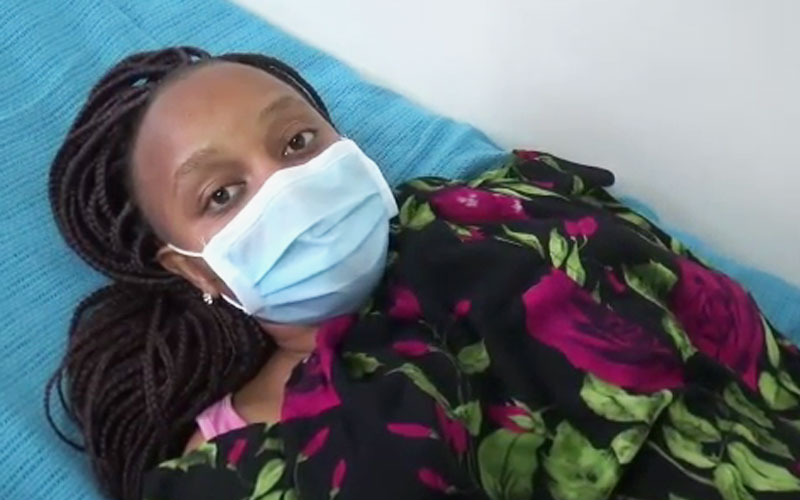 Faith Makau says it’s a miracle she is alive today.

She alleges a 24-year-old man whom she knows so well attempted to kill her by stabbing her three times in the abdomen.

Both Makau and her alleged attacker fellowship at a local church in Mwingi, where they are members of the youth group.

Makau says her harrowing ordeal occurred at 9:00 am when she’d left her rented house in Mwingi Town to buy airtime from a nearby shop.

“On my way to the shop, I met the suspect, who requested me to help him carry musical instruments to the church. I didn’t sense any danger, as it’s normal for members of the youth team to assist in church activities. I, consequently, agreed and accompanied him to his house,” Makau told The Standard.

The college girl says upon reaching the suspect’s house, she saw two kitchen knives on the table.

“Given that it was his house, I thought it was normal for someone to sometimes forget cutleries in the living room.”

She claims her suspicion was triggered when her aggressor allegedly locked the door from the inside and hid the keys.

“He told me: ‘I have been expressing interest in you, but you always reject my advances. Today, I want to prove to you that if I won’t have you to myself, then no one else will’,” said Makau.

She alleges that the suspect picked one of the knives from the table and cut her in the index finger.

“He, thereafter, stabbed me in the abdomen twice. I was in shock and too weak to scream. When he stabbed me for a third in the stomach, I fell down and pretended I had died,” said Makau.

The student says the man, thereafter, opened the door and left.

“Convinced that he had gone, and wouldn’t return anytime soon, I rose up and started walking towards the door, while in deep pain and bleeding profusely. On reaching the exit, I was shocked to see him coming back. It was then that I gathered courage and screamed for help.”

She said the suspect wasn’t moved by her screams and continued striding towards her.

“I was sure he was devoted to killing me. Nonetheless, I begged him to take me to the hospital, or just carry and abandon me on the road. That’s the last thing I remember. I must have collapsed thereafter,” she said.

It has emerged that it was her agonised scream that caught the attention of neighbours, who rushed to the scene and rescued her.

Makau was taken to the Mwingi Level 4 Hospital, where she is undergoing treatment.

Her alleged attacker, on the other hand, was assaulted by neighbours, who vowed to lynch him.

However, police arrived at the scene before the angry mob could kill the suspect.

The suspect, who sustained serious head injuries, was taken to the Kitui County Referral Hospital, where he is receiving treatment.

Police were forced to guard the vicenarian at the hospital to prevent irate residents from storming the facility to harm him.

“Certain residents would pop into the ward where the patient is admitted, and tell him they’d lynch him as soon as he gets discharged,” a nurse at the Kitui County Referral Hospital told The Standard in confidence.

READ ALSO  Sexual relations with a cousin: What the law says

The suspect’s alleged victim, Faith Makau, said the 24-year-old, who plays the keyboard in church, had for a while now been asking her out, but she’d been rejecting his advances.

Mwingi Central Sub-County Police Commander Peter Mutuma told The Standard that the suspect will be charged with attempted murder as soon as he gets discharged from hospital.