Man taken to Kisii Court on a stretcher 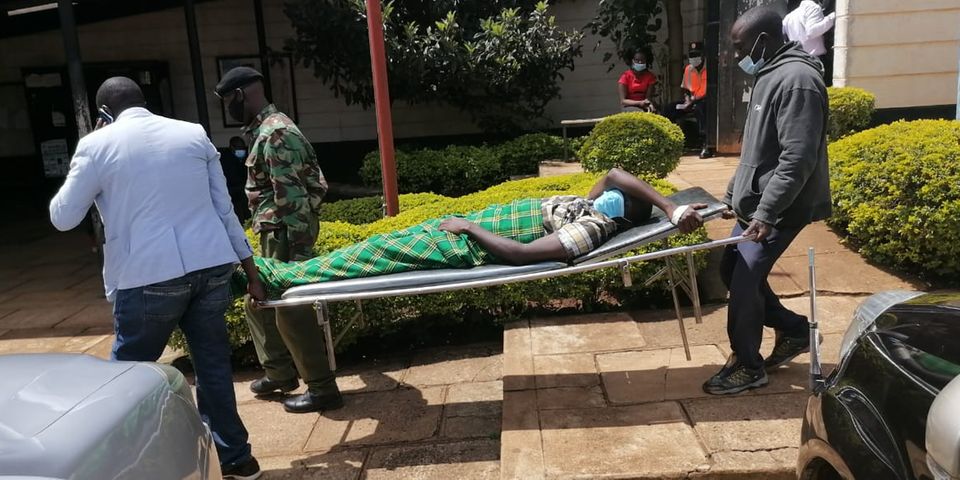 A fraud suspect was Monday arraigned before the Kisii Law Courts while on a stretcher.

This is after police shot him three weeks ago while trying to flee, leaving him with serious injuries. Mr Fred Nunda is facing 10 criminal charges relating to obtaining money by false pretence.

The suspect, who has been recuperating at Kisii Teaching and Referral Hospital, was arraigned before Principal Magistrate Ezekiel Obinah.

While at the hospital, Mr Nunda is accused of conning a man out of Sh 45, 000 on Sunday.

In one of the cases, he ostensibly tried to obtain Sh1.7 million from Mr Jared Ontinta after promising to sell him a vehicle, registration KCK 529 Q.

Mr Ontinta reported the matter at Nyanchwa Police Station under the OB 21/29/10/2020. The suspect’s advocate Mr Kerosi Ondieki said his client could not take a plea since he was in pain.

“My client is still on treatment. He underwent surgery last week on Friday,” said Mr Kerosi.

The magistrate ordered that he appears in court on May 3, 2021.

The suspect was taken back to the Kisii Teaching and Referral Hospital, where he is being treated, under tight security.