Margaret Whitman, a dollar billionaire worth $4.5, finally arrives in Nairobi to take up her ambassadorial job 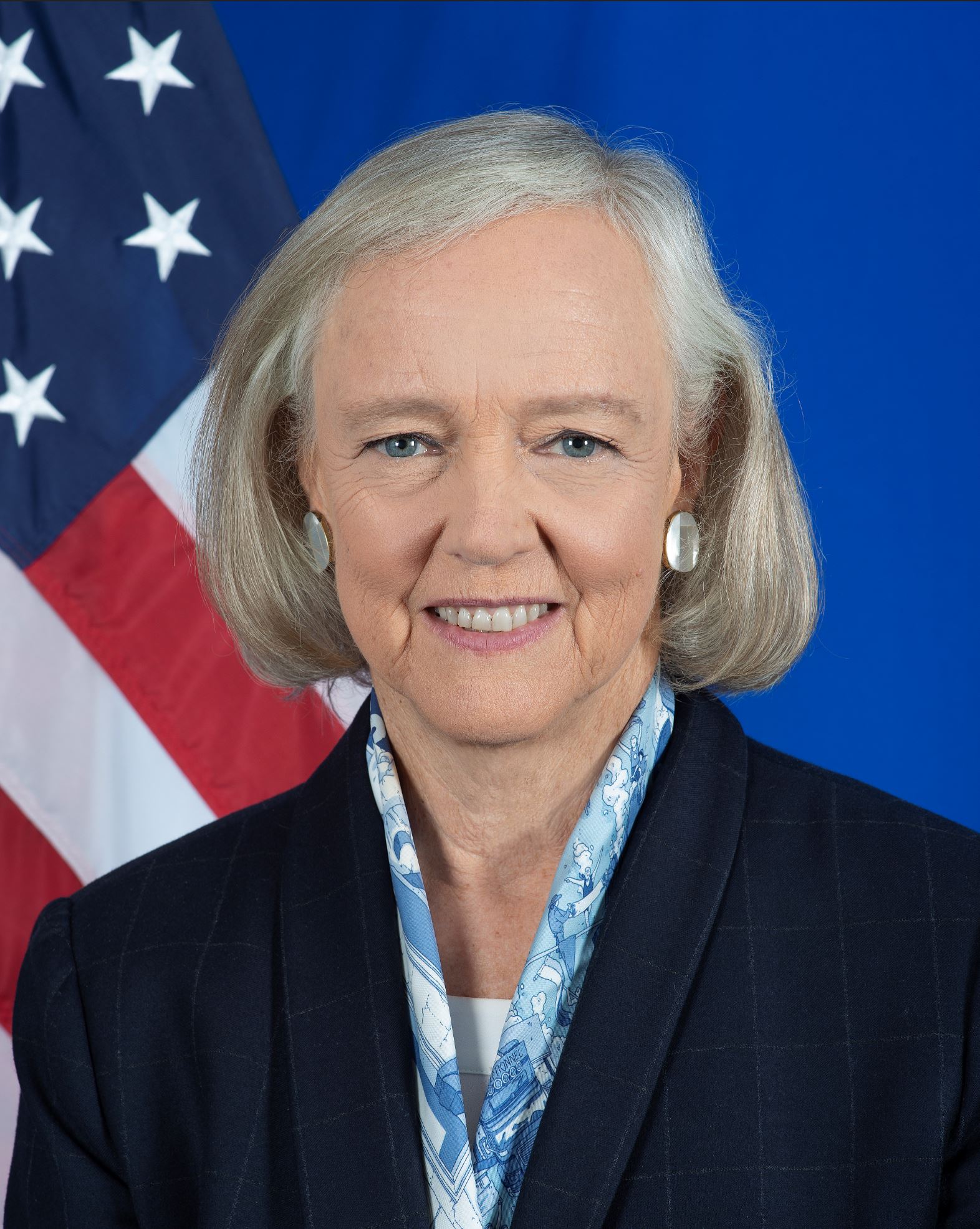 US Billionaire Margaret “Meg” Whitman has finally arrived in Nairobi to take up her role as the new American ambassador to Kenya following delays in the process of her congressional approval.

President Biden picked Whitman for the position on December 8th last year but her nomination was pending approval by the US senate until recently.

Her arrival comes two weeks after the US Senate approved her appointment as the American representative in the East African nation.

The US Embassy in Nairobi wrote on its official Twitter account on Monday:  “Welcome to Kenya Ambassador Whitman!” t

Whitman takes over from Eric Kneedler, who became chargé d’affaires ad interim for Kenya in January following the exit of Kyle McCarter, who served as the US ambassador to Kenya from 2019 to 2021.

“Kenya is a strategic partner of the United States, and if confirmed, I look forward to working with the Kenyan government on a wide variety of issues to advance peace, prosperity, and health in the country and throughout the region,” Whitman said in a statement following her nomination in December.

Whitman, commonly known by her nickname “Meg”, served as the CEO of Hewlett-Packard and then Hewlett Packard Enterprise from 2011 to 2017.  The 65-year-old currently serves on the board of Procter &amp; Gamble and General Motors.

“Margaret C. Whitman (Meg), a business executive and former candidate for Governor of California, is a Member of the Board of Procter & Gamble and General Motors, and National Board Chair at Teach for America,” the White House said in a dispatch dated December 9th, 2021.

A billionaire former Republican,  Whitman was a key financier of Biden’s 2020 presidential campaign. She is worth an estimated 4.5 billion USD, according to Forbes.

Whitman will be the first US female ambassador to Kenya in more than two decades, since Prudence Bushnell in 1999.

She lands in Nairobi barely a week before the country heads for general elections on August 9th to elect President Kenyatta’s successor.

Last week, The United States embassy in Nairobi was forced to respond to complaints by Kenyans about delays in getting visa appointments.

“Due to COVID-19 health and safety measures, nonimmigrant Visa interviews at U.S. Embassy Nairobi ceased for over a year. The Embassy restarted interviews at full capacity in February 2022. This is a worldwide problem that U.S. embassies are diligently striving to address,” the embassy said in a statement.

It added: “As we work through the backlog of applications and address the high demand for services, we recognize that some applicants may face extended visa interview wait times.”

It said that the first available dates for a visitor visa appointment in Nairobi at the moment are in June 2024.

Video: How I was conned millions by my Kenyan Best Friend