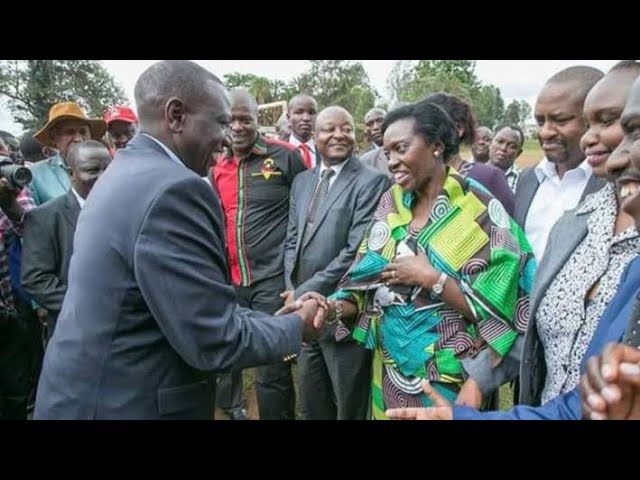 Martha Karua, the leader of the Narc Kenya Party, has spoken out in response to claims that she will be attending the United Democratic Alliance (UDA) National Delegates Conference (NDC).

On Monday, March 14, Karua issued a message on her official Twitter account, claiming that the stories circulating were untrue and criticizing the media for broadcasting unsubstantiated material.

Karua stated categorically that she will not be attending the NDC, where Deputy President William Ruto is anticipated to be endorsed as the UDA presidential candidate.

“They should stop sensational reporting and tell viewers the truth that I am not attending the UDA party NDC,” sayed Karua.

After politicians affiliated to the DP briefed the media about their NDC, which is slated on March 15 at the Kasarani Gymnasium, reports about Narc Kenya leaders attending Ruto’s event surfaced.

At the press conference, Tharaka Nithi Senator Kithure Kindiki said that Karua was one among the guests they had invited, implying a possible alliance ahead of the August 9 elections.

“In that vein, we expect party leaders from our partner parties to be present as our guests as Ruto has also attended some of their events. We expect Musalia Mudavadi of ANC, Moses Wetangula of Ford Kenya, and Martha Karua.

“We cannot say that there will be a surprise guest but UDA is a friend of so many parties,’ he disclosed.

This comes after the leader, of the One Kenya Alliance (OKA) did not join her colleagues in signing a coalition agreement with the Azimio team on Saturday, March 12.

Former Prime Minister Raila Odinga was introduced as the coalition’s presidential candidate at the ceremony.

The former Justice Minister in President Mwai Kibaki’s cabinet responded by saying she was relaxing at home.