Martha Koome issues statement after being nominated next Chief Justice 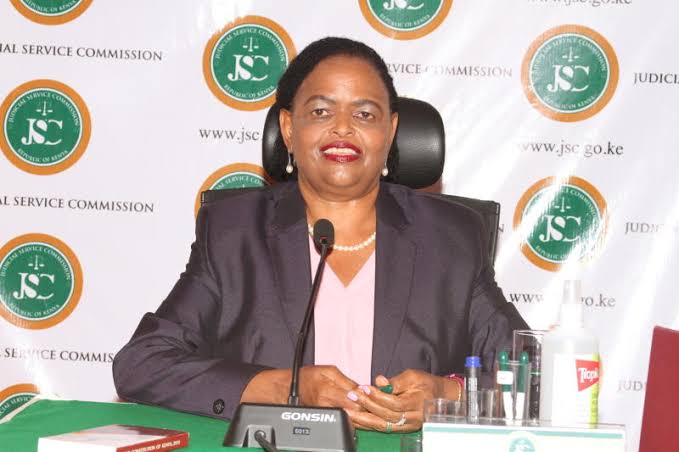 Justice Martha Koome has offered her gratitude for her nomination as the Chief Justice.

In a statement on Wednesday, the Chief Justice nominee promised to serve the country wholeheartedly.

She also thanked the Judicial Service Commission for nominating her to the office terming it an honour and privilege.

“It will indeed be a great privilege and an honour to serve this great country as the Chief Justice if I am confirmed to the office,” Justice Koome said.

She was also appreciative of the vetting process, terming it as very competitive and featuring some of the best legal minds in Kenya.

“I appreciate that this (appointment) was after a thorough, rigorous, and very competitive process which saw some of the best legal minds come forward…demonstrating their willingness to serve Kenyans,”  Koome said.

“I wish to assure Kenyans of my unwavering commitment to serve them to the best of my ability,” she added.

On Wednesday, the President presented his presidential nomination certificate, Koome’s CV and testimonials, and recommendations from the JSC on the recruitment of the CJ.

Once the National Assembly approves of the nomination, Koome will then get sworn in as Kenya’s Chief Justice.