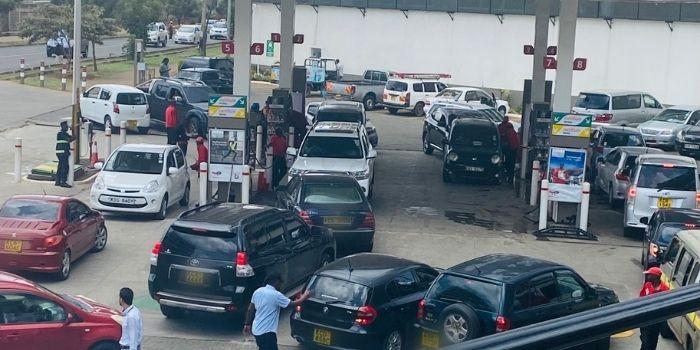 Kenyans should expect worse times ahead, including higher fares, if the fuel crisis caused by a dispute between oil dealers and the government continues.

If the crisis continues for a few more days, matatu operators have cautioned that it will be unavoidable to pass on the high costs to consumers.

He did not, however, elaborate on the resulting shortage, which has generated outrage among Kenyans.

“Kenya Pipeline Company would like to confirm that there are ample stocks of petroleum products in our system throughout the country to meet demand,” Irungu said.

However, the Energy and Petroleum Regulatory Authority (EPRA) acknowledged government delays in remitting compensation to oil marketers as a result of the price stabilization plan, and cautioned against stockpiling the vital commodity.

“Oil Marketing Companies, depot and retail station operators are hereby cautioned that in accordance with the Petroleum Act 2019, it is an offence punishable by law to hoard petroleum or to sell above the published price,” a statement from EPRA said.

Long lineups in petrol stations have been seen in several parts of Kenya, including Nairobi, Central, Rift Valley, Nyanza, and the Western region, as Kenyans scramble for the limited resource, whose costs have also increased.

There were no operations at other oil stations because the pumps were dry.

“If the issue will not be addressed we will be forced to hike fares so as to cushion the sector,”  Matatu Owners Chairman Simon Kimutai told a local daily.

Some city residents told the local daily that if bus fares rise, they may have to walk to work.

At the same time, motorists have stated that if the fuel issue continues, they will consider better modes of transportation to get to work.

The local daily conducted a spot check in the city center and discovered that some petrol stations were experiencing significant demand with long lines, while others had no fuel at all.

Travelers have become concerned as a result, and some have postponed their trips.