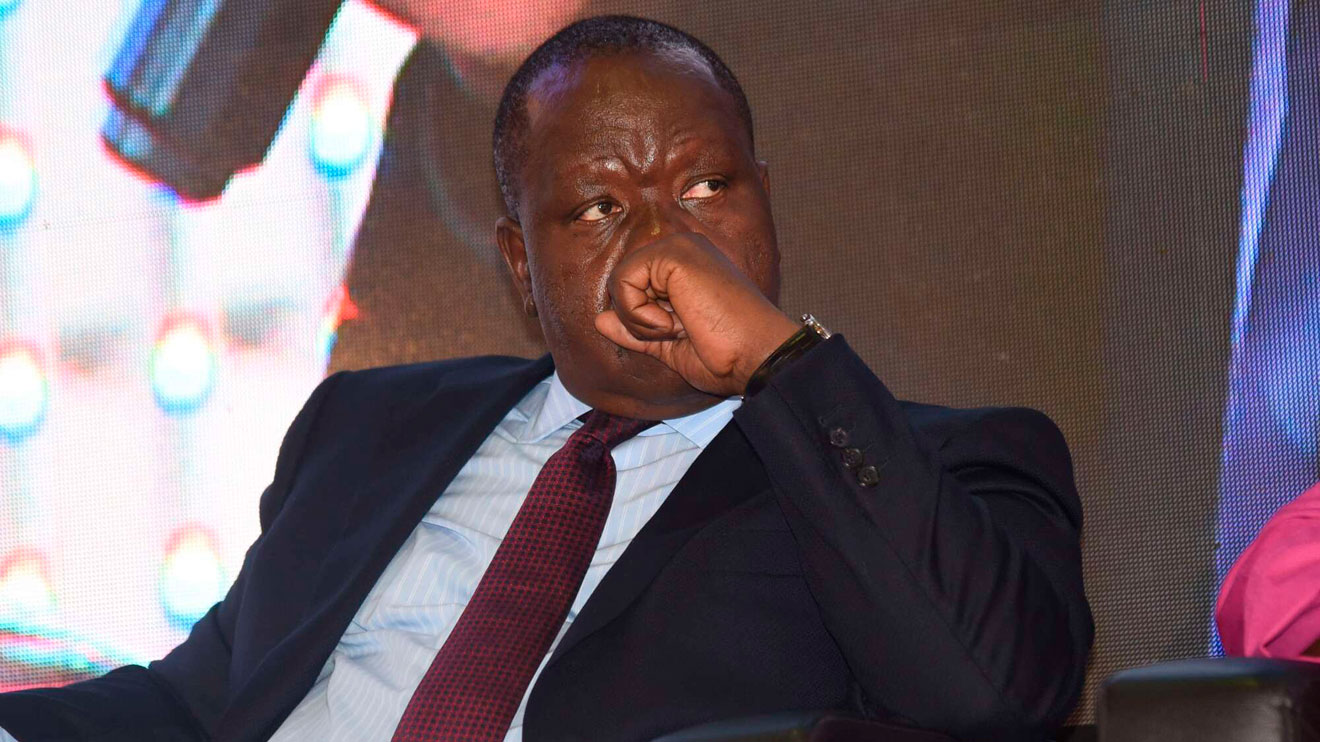 Fred Matiang’i, the departing Interior CS, has shut down his Twitter account. On Tuesday afternoon, the account, which had more than 1.3 million followers, became inaccessible and blank.

Since April 2013, Matiang’i had often utilized his official page to post Ministry statements.

This comes just after he wrote a farewell letter to Kenyans, reflecting on his time serving the country’s former president Uhuru Kenyatta.

He stated that after accomplishing important milestones over the last five years, he was departing the Ministry of Interior with his head held high.

“As my tour of duty comes to an end. I exult in the pride of knowing that we have not only honoured expectations but exceeded them by important and evident milestones. “History will vindicate our legacy. This has been made possible by working closely with you and other highly experienced, competent, and dedicated colleagues in the Public Service,” read the letter in part.

Matiang’i emphasized that child transitions to the next level of education had significantly improved and took pleasure in curbing teenage pregnancy and female genital mutilation.

Additionally, he expressed gratitude to everyone who assisted him in the war against terrorism, stating that Kenya is now safer and he is leaving the ministry in a better place.

“The number of terror attacks have reduced dramatically. Our towns are safer and open to business for longer hours. Visitors can now travel to all parts of our country free of fear.

“Calm now prevails in many places where conflicts were rampant. Overall, we now have a more secure country to bring up our children and to pursue our private interests,” he said. In addition, the departing CS maintained that, in contrast to what was being propagated, he never attempted to disrupt the August election.

He asked everyone in Kenya to back President William Ruto’s administration and pushed for professionalism and uniformity in all areas.

“The hallmark of our sector is consistent service and loyalty to the government of the day. As a new administration takes office, may you continue with the same principles, as you continue to deliver quality services to our citizens,” he said.