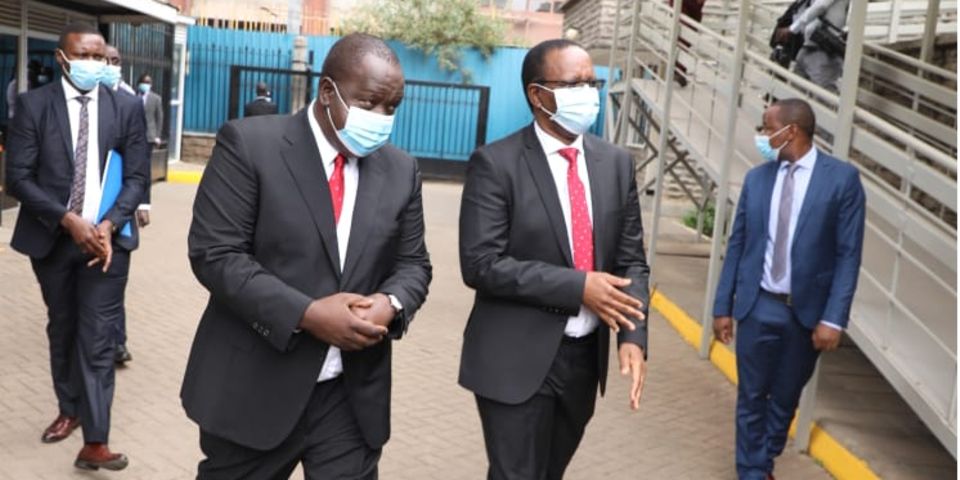 While appearing before the Committee on Administration and National Security on Wednesday, he termed the recent changes as a “rearrangement”, claiming that the exercise was routine and did not warrant the sort of attention it has garnered.

“The decision was not whimsical. It was consultative. Many considerations were made,” he told the committee.

He also pointed out that Dr Ruto is still guarded by a total of 257 officers, comprising personal security guards and those deployed at his properties. He claimed this was the biggest security team for a DP in Kenya’s history.

He told MPs that the presidential escort that forms the core security of the second in command is still intact.

Dr Matiang’i is in Parliament with his PS Karanja Kibicho after being summoned by lawmakers to explain the changes to Dr Ruto’s security.

They arrived together some minutes before 11am.

MPs allied to the DP had pushed for the duo to be summoned. Also summoned were Head of Public Service Joseph Kinyua, police boss Hilary Mutyambai and the GSU commandant to explain why the DP’s security was downgraded.

However, DP Ruto had on Tuesday termed their appearance before the Committee on Administration and National Security as a waste of time.

This is despite claiming that his life is in danger on Saturday and one of his allies, Nandi Senator Samson Cherargei, asking Senate Speaker Kenneth Lusaka to convene a special sitting to discuss the matter.

As a category one VVIP, the DP is entitled to security from the same elite guards as his boss, President Uhuru Kenyatta. Both of them are supposed to be guarded by the G Company and the Recce Company, which are elite platoons from the GSU whose members are carefully selected to form the Presidential Security Unit.

But on Wednesday,  CS Matiang’i dismissed the claims. He also declined to comment on the DP’s assertion that he is ready to be guarded by G4S, a private security company.

CS Matiang’i also went ahead to share a list of the DP’s properties that are under state protection.

I’ve been sick for 3 months, lost 33kgs but all tests are negative