Matiang'i: What Miguna must do in order to return to Kenya 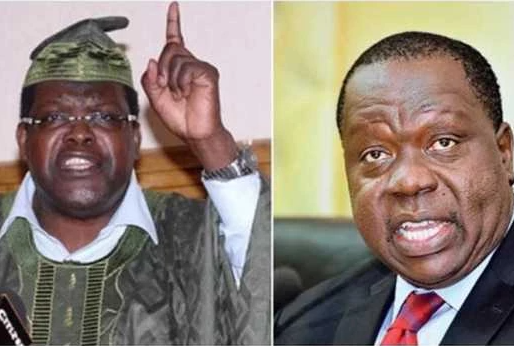 Miguna Miguna can be allowed to return to Kenya after reapplying for his “lost” citizenship, according to Interior Cabinet Secretary Fred Matiang’i.

Matiang’i states that, Miguna lost his Kenyan citizenship when he became a Canadian citizen.

“In the old Constitution, you could not be allowed to have dual citizenship unlike now. Miguna refused to sign a piece of one-page paper to regain his Kenyan citizenship.”

“Miguna has to reapply to be a Kenyan citizen,” remarked  Matiang’i when he appeared on a local television station on Sunday evening.

Since the present constitution was enacted, up to 3000 Kenyans have reapplied to be considered for dual citizenship, according to Matiang’i.

“We’ve availed registration in all Kenyan embassies worldwide. The process is so simple because one is just required to fill out a piece of paper and send it to us to be processed. It takes minutes to do,” he stated.

Since he was born in Kenya, Miguna insists that he has never lost his citizenship.

“I’m not visiting the Kenyan Embassy to apply for citizenship which I never lost. The Court has once more affirmed that I am a Kenyan by birth who must enter Kenya as a Kenyan upon presentation of my National ID card.”

“The embassy has been ordered to issue a travel document,” stated Miguna in November 2021.

In 2018, he was deported, and his two efforts to return to Kenya were unsuccessful.