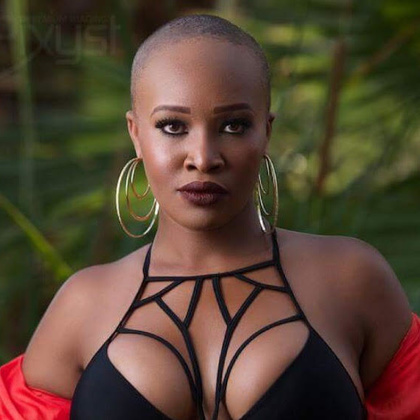 Christine Wawira Njagi, actress and model formerly known as Naila Pierce, was born on December 20th 1987 in Nairobi Kenya. She lived there until she was 7 years old and relocated to London with her parents and younger sister in 1994. She attended Woodlands Park Primary School and Kensington Avenue Primary School.

She was in her first play at the age of 9 at Kensington Avenue Primary School. In the schools production of Oliver Twist, she played a milkmaid. At the age of 12, she relocated with her parents and sister to Atlanta Georgia where she attended Marrietta Middle School and North Cobb High School.

At North Cobb High, she joined the drama club in the hopes of getting rid of her shyness and meeting new people. And it was there that she found a love for acting. As a freshman, she was cast in a play that went to State Competition and they won 1st place.

She was also inducted into the International Thespian Society in her Freshman year. After 2 years at North Cobb, she relocated to Moreno Valley, California where she attended Canyon Springs High school. She graduated with the class of 2006, and she has been acting ever since. She has been in several movies, TV shows, commercials and music videos. She currently resides with her family in North Hollywood, CA.

“Most of my background is in acting. I’m venturing into modeling and I’m looking to collaborate with photographers to help me create an awesome portfolio! I am a big dreamer, a go getter, and a risk taker. I believe that if you can think it, you can achieve it! I live life to the fullest and I pursue my passion and my dreams every day! I want to inspire millions and change the world. I want to be a role model and show the world that no matter where you are from, your dreams are valid and they can come true with hard work, and dedication!” she says,