As the center of attention in the Supreme Court’s presidential petition, Chief Justice Martha Koome’s family has served as one of her pillars.

While Koome had a distinguished legal career, progressing from a women’s rights advocate to a Supreme Court judge and president of the supreme court, her children have taken various career routes to achieve their own success.

Kagwiria occupies a top position in the international organization known as The Rockefeller Foundation thanks to her extensive knowledge in a variety of fields, including governance, ICT, agriculture, and health. The foundation works to alleviate some of the world’s problems by advancing human welfare worldwide via innovation, science, and technology.

Rockefeller has currently contributed more than Ksh2.6 trillion to program projects around the world.

According to her LinkedIn profile, Kagwiria oversees the foundation’s food initiative sector, with a particular emphasis on implementing systems to offer nourishing foods while protecting the environment.

Kagwiria is currently in her seventh year at the foundation and has honed her talents in a variety of positions, including developing strategies, conducting policy analyses, and assessments. 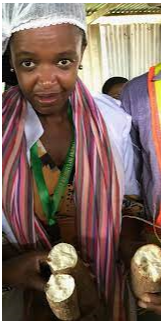 Along with other things, she also conducts institutional evaluations and qualitative surveys.

In a piece titled Let’s Collect and Preserve the Advice of Experts that was published on The Rockefeller Foundation, Kagwiria states that her father, an agriculture extension officer, is the source of her inspiration.

She was a management consultant before beginning work at the Rockefeller Foundation in September 2014, assisting governments and development organizations across Africa with strategy planning, program design, and investment decisions. 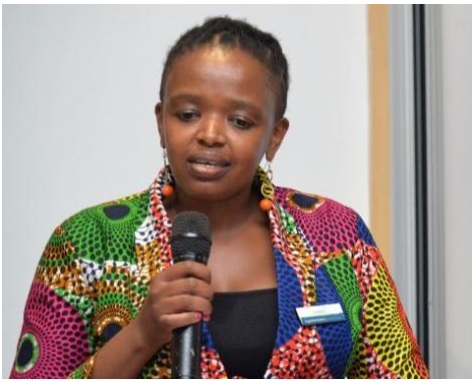 Kagwiria has a law degree from Keele University in the UK and a master’s degree in international development from the University of East Anglia in Norwich, England.