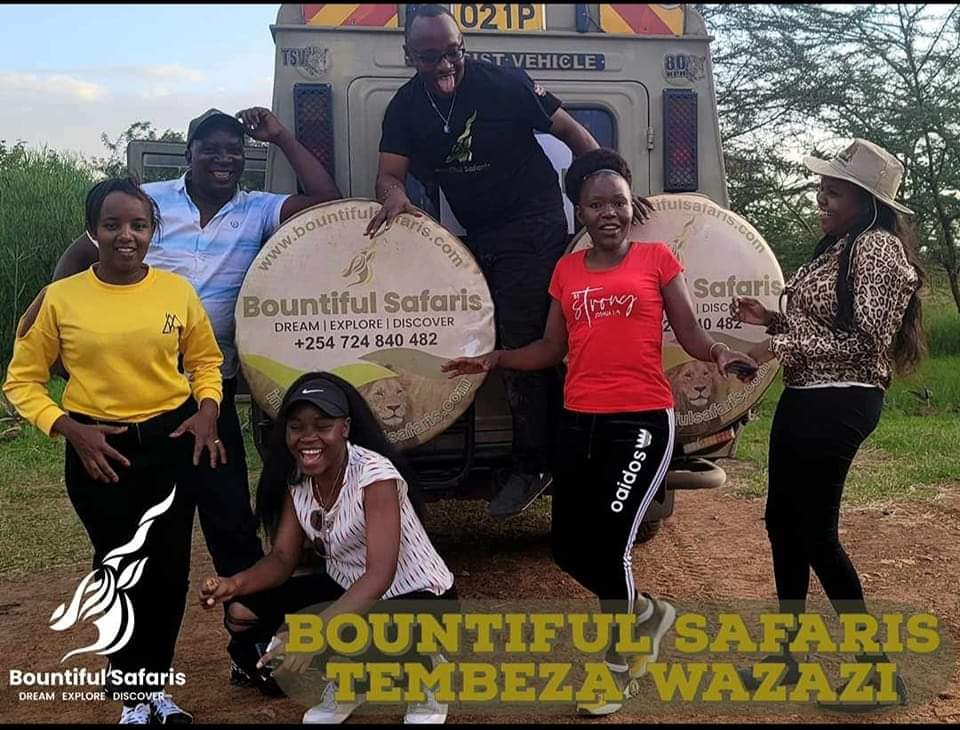 Rising from scratch to owning a multi-million empire business is always the dream of prosperity that every entrepreneur aspires to.

This is the kind of dream one young brilliant Esther Njeri Njoroge had when she was still employed. The humble young lady managed to defy all odds earning Sh.6000 to rise to become the proprietor of Bountiful Safaris, a company she has built from scratch. Njeri says she does not fear challenges and that’s what has kept her going.

She says “Who has had the experience of going through a challenge that seemed insurmountable, only to discover later, that it was one of the best things that could have happened to you? And did it make you look for hidden opportunities in future challenges?”

After high school, her parents managed to enroll her at the University of Nairobi for a social science degree. Two years down the line, Esther secured an internship at an NGO that did community service that also had a lodge in Narok County that they managed. Little did she know that it was her internship that would define her journey to prosperity. With just a Kenya shillings six thousand salary Esther was determined to save. She began with meagre savings and God opened a bigger door for her. She landed a job paying Ksh 15,000 which she continued to save.

At one time she had to quit employment after thinking outside the box and started to put up her own company, Bountiful Safaris. She says in the beginning it was not easy. But with dedication and hardwork, she was able to make it.

Over time, Esther has learned to be more persistent and now goes out of her way to mentor others on the importance of pushing on.

Looking back, she couldn’t be gladder she pushed on. Her company Bountiful Safaris was feted as a unique tour operator in the Luxury Tour Guide awards.

“God’s grace has been sufficient, nothing is impossible as long as you have the drive, and trust in God,” she beams.

Esther plans on growing her business by opening several other branches outside the country.

READ ALSO  Shilling drops further to almost 115 versus the dollar
Related Topics:BusinessNews
Up Next