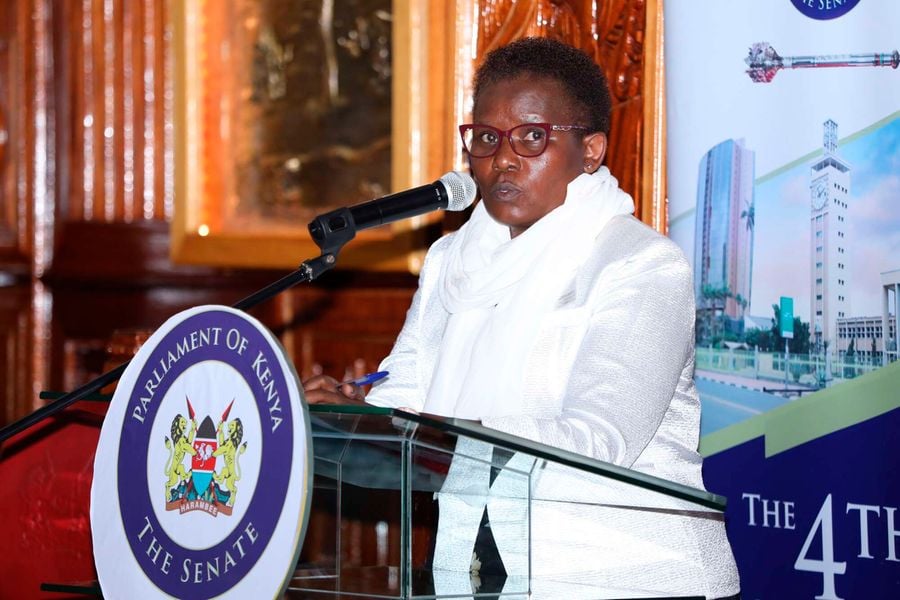 At the heart of the conflict between Meru Governor Kawira Mwangaza and members of the county legislature is the distribution of ward development funding and the absence of consultation in the nomination of county executives.

The 11-member Senate special committee looking into the governor’s impeachment will convene tomorrow to produce its report, which will either maintain the MCAs’ decision or set it aside and be presented to the entire House at a special session. The outcome will be known to the governor on Friday.

Ms. Mwangaza told the senators on Wednesday that MCAs wanted to be “spoken to” before endorsing her candidates for county executive and that they wanted the ward development budget, an allocation she claimed would be against the law.

The governor fought against accusations made against her that resulted in her being impeached by 68 out of 69 ward delegates through the help of her head of staff, Mr. Harrison Gatobu, who also serves as her private secretary.

MCAs threatened to reject the governor’s selection of CEOs “until the governor talks to them,” according to video evidence presented to the committee by Mr. Gatobu, the governor’s lone witness.

However, neither the governor nor her witness were able to specify how the MCAs preferred to be contacted regarding the nominations.

“The governor said…she can’t give the money unless the constitution is amended and the [fund]entrenched in it,” Mr Gatobu said. Ms Mwangaza said the county has allocated Sh10 million per ward as an equalisation fund but the money is managed by different ministries. On the appointment of Ms Mwangaza’s husband Murega Baichu as a county employee, Mr Gatobu denied the claims.

He clarified that Mr Baichu works as a “hustler ambassador” in Meru County, an honorary office which, he said, is not within the structure of the county public service board. Mr Gatobu said it is not unique for governors to appoint their spouses to participate in community empowerment programmes.