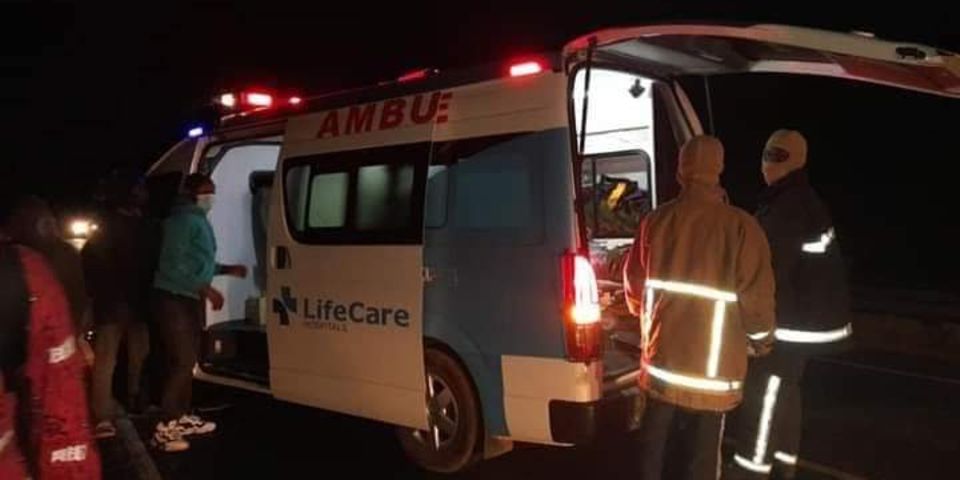 At least 11 people were killed and numerous others were hurt when a bus carrying revelers hit a matatu and slammed into a trailer on Saturday night at the notorious Subuiga blackspot on the Meru-Nanyuki road.

The bus struck Menany Sacco’s matatu head-on and pushed it over 20 meters off the road as it was passing another vehicle and descending a steep portion of the road. 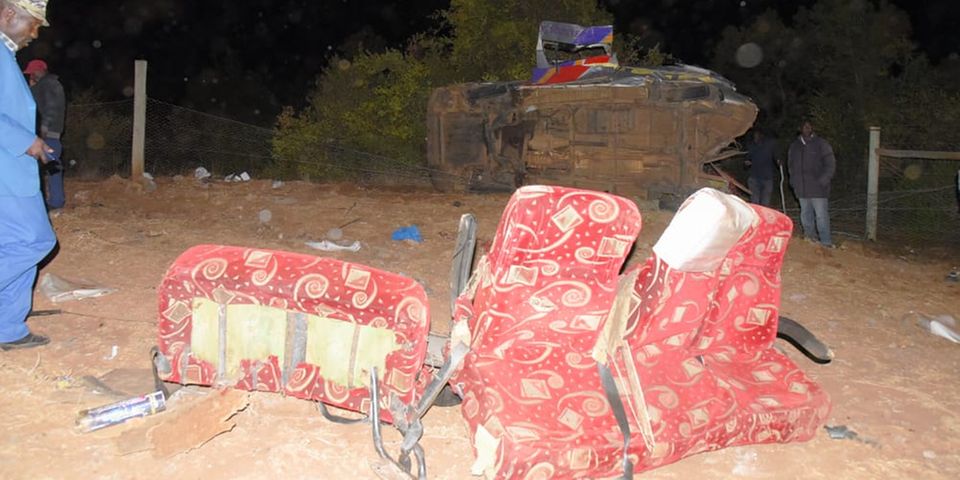 The bus then struck a trailer before coming to a stop while it was traveling in the direction of Meru town.
Four persons in the tragic bus and seven in the matatu, according to police at the scene, died instantly.
Jacob Mwiti, an eyewitness, claimed to have seen 11 bodies being transported in a police car.
He said: “It was by sheer luck that the bus did not run over me because I was so close. Fortunately I heard a loud bang and dropped the firewood I was carrying and ducked. The bus hit the matatu and stopped after hitting a trailer.” 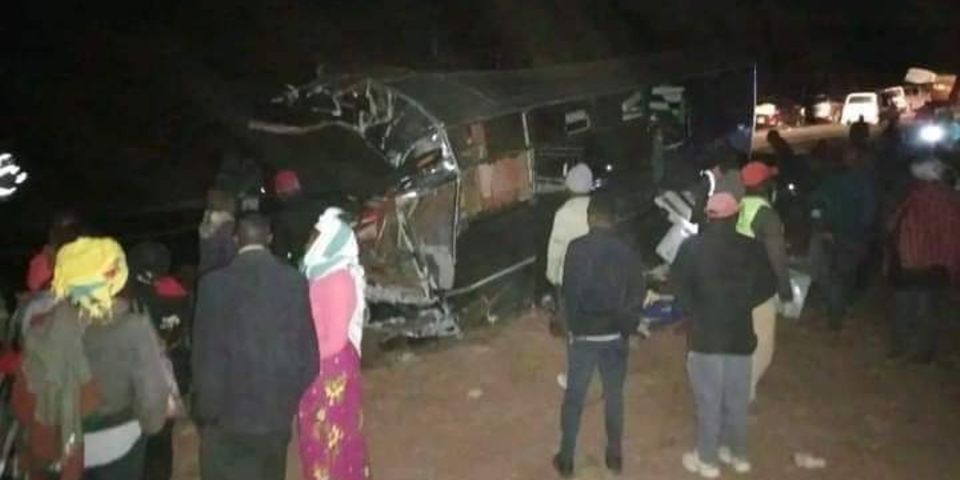 Mr Mwiti said those who were in the bus were young and appeared to have been heading to a party since they had assorted alcoholic beverages.

“The bus’ seats had bottles of  beer. The passengers appeared to have been partying or heading to a party,” he said.

READ ALSO  Cardinal Njue’s book on his time in church service
Related Topics:News
Up Next