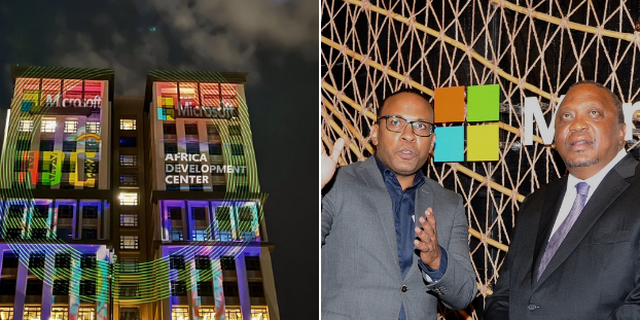 After three years of operation in the nation, Microsoft has unveiled a new Sh3 billion ($27 million) office and labs for its primary engineering center, the African Development Centre (ADC).

The president expressed hope that the facility will help the government acquire high-tech employment in the digital sector for the young in a statement distributed to newsrooms from Statehouse.

“As a premier center of research and development for Microsoft, we all remain confident that you – together with our young men and women – will build a local world-class talent and create innovative technological solutions that will yield global positive impacts,” stated President Kenyatta.

The Microsoft Garage, an incubation hub formed as part of continuing attempts to grow tech innovation on the continent, will be housed in the facility, together with the research, design, engineering, and invocation teams.

The facility is one of Africa’s largest software engineering centers, and it serves as a model for a new generation of technological centers across the continent.

It also has self-heating windows, a micro solar plant to power the building, and a water treatment facility to recycle and cleanse the water, all of which are not currently accessible in other Microsoft offices but are at the new ADC location.

Microsoft has also collaborated with local universities and start-ups to give training and skills to over 200,000 young Kenyans in support of the digital economy, according to President Kenyatta.

As part of the mutually beneficial relationship between the Government and Microsoft, the President mentioned the creation of full-time jobs for Kenyans in the disciplines of software development, program management, technical design, content authoring, operations, research, and applied sciences.

“One of our proud achievements in developing this facility was during the construction phase when we hired over 100 builders, artisans, architects, artists, craftsmen, women groups, and other skilled and unskilled workers, all during the height of the COVID pandemic,”  said  ADC managing director Jack Ngare.

The centers are part of Microsoft’s continued initiatives to enable digital transformation by bridging infrastructural, connection, and skill gaps while also having a long-term socioeconomic effect on the continent.