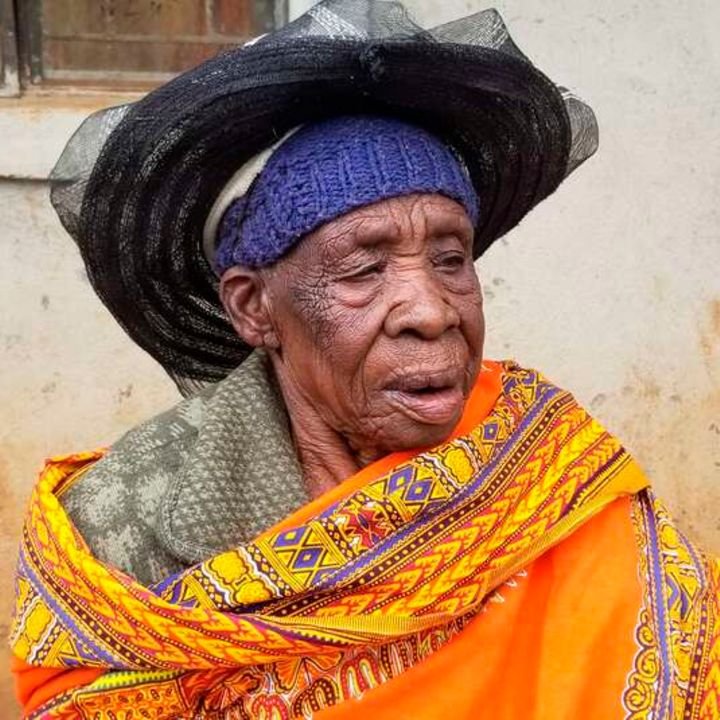 On a frosty Tuesday morning, the elderly woman sits pensively inside her two-roomed house, warmly dressed to ward off the July chill.

When the arrival of the Nation team is announced, she elatedly ushers us into the house on the slopes of Kanyimach in South Kamagambo, Rongo Sub-County.

After prayers and introduction, she leads us, while supporting herself on a walking stick, to a corner of the compound where the interview is to take place.

The first thing one notices is that, despite having walked the earth for slightly over a century, Mama Dorine Akeyo still bubbles with cheerfulness and energy.

And, while memory starts failing many much earlier in life, we soon find out that she is able to vividly recall events that took place during her childhood as if they happened just the other day.

A broad smile lights up her face as she talks about good health, family life and the tough times she has endured. She’s looking forward to her 103rd birthday.

The centenarian is considered the oldest woman alive in Migori County. She attributes her good health to a simple and spiritual lifestyle. The mother of five has always stuck to traditional meals. She is also a strict adherent of the Seventh Day Adventist church.

“I was baptised at Ranen Mission Church and appointed deaconess,” she says. Her daughter-in-law, Ms Eunice Ongoro, describes the matriarch as hard-working and generous.

“We have never lacked food as she always prepared three trays of ugali for the family and the many guests our family has hosted over the years. From the time I was newly married, I have learnt a lot from her and this has kept me going even after losing my husband,” she said.

Mama Akeyo — who boasts more than 50 grandchildren and a dozen great grandchildren — says she was born around 1918 in Migori County.

“My parents told me I was born before the Europeans came to our part of the country, at a time a big war was going on,” she says.

Her identity card shows she was born in 1920. She, however, says she was issued with the document when she was already an elderly person.

“We estimated our ages based on the seasons,” said Mama Akeyo, whose daughters are aged 54, 65 and 68 years. Unfortunately, she lost her two sons to an illness.

“We ate traditional vegetables and drank blood drawn from my father’s cattle. My father would get the blood and my mother would prepare it using herbs, then serve it as part of our meals. Unlike today when people buy cooking oil from shops, my mother would make cooking fat from fermented milk and use it to prepare traditional vegetables and other meals,” recalls Mama Akeyo. Another interesting thing about her childhood was how they conserved water.

“We fetched water from a spring that exists to date. Banana plants were grown next to the stream to keep the water fresh,” recalls Ms Akeyo.

She nostalgically recalls being taught how to grind maize, millet and sorghum into flour using special stones, a skill she artfully deploys to date. A wistful look creases her face when we ask about her friends.

“All my peers have passed on. It is difficult to find someone of my age in this village. Even those we danced with during traditional ceremonies are no more,” she said. Asked about modern cooking styles, she shakes her head with disapproval.

“We prepared food in a simple way. We would boil the vegetables for several hours and pour out the water before adding a little milk as a flavouring. This made the food nutritious and delicious,” said Ms Akeyo. She says modern cooking has exposed people to diseases.

“Nowadays, it is normal to find people buying fresh meat from the butchery and cooking it immediately. This is unhealthy at a time when animals are being treated with chemicals. I think this is the main cause of the many health issues being witnessed. That was unheard of when I was growing up,” she offers.

“Back in the day, meat had to be either sun-dried for a week or roasted before it could be cooked,” recounts the centenarian, who also cautions young people against fast foods.

“Young people nowadays eat anything as long as it is fried,” she says. And how does she get by?

“I have been receiving a stipend from the government like other elderly people and that is what has kept me going. I thank the government for considering the elderly. My appeal, however, is that it should be enhanced since the majority of the elderly are living in abject poverty,” she said.