Miguna to arrive in Kisumu at 3pm 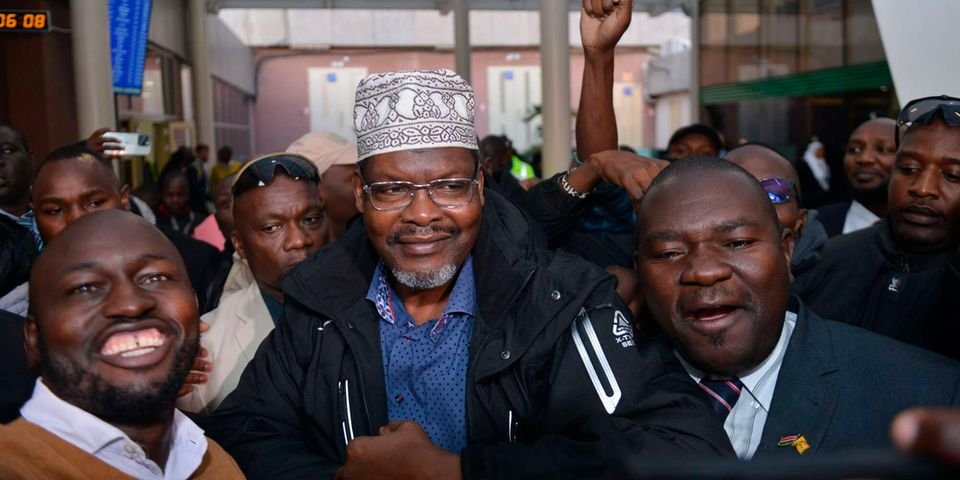 Miguna Miguna, who arrived in Kenya from Canada last Thursday, will arrive in Kisumu at 3 p.m. on Friday for his homecoming ceremony.

His return to the nation follows a four-year absence following his forced exile in Canada in March 2018.

After landing at Kisumu International Airport, Miguna would be taken by car to the ACK Maseno East in Ahero for a prayer session, according to Kisumu Senator Fred Outa.

According to him, Bishop Joshua Owiti will preside over the church service, which will start at 4 o’clock, to thank God for facilitating the lawyer’s homecoming.

The senator requested a respectful, nonviolent greeting for Miguna from the people of Kisumu. 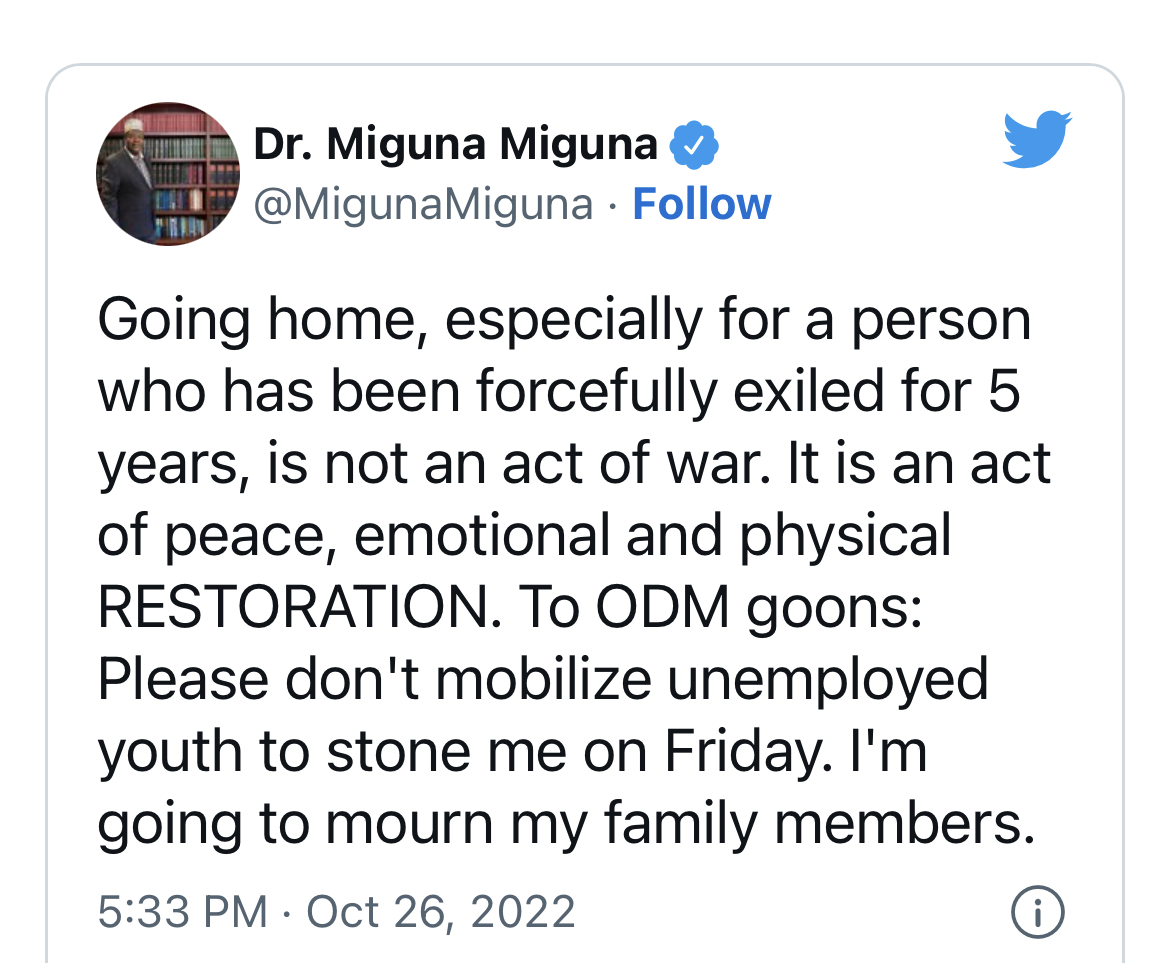 READ ALSO  One dead, 2 injured after aircraft crashes in Naivasha
Related Topics:Miguna MigunaNews
Up Next

How Ruto is disseminating news with website under construction