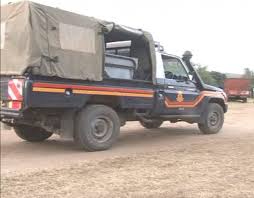 Police officers in Kajiado are still probing a case in which the house girl who parted with his boss’ Kshs. 4 million and jewellery worth Kshs. 500,000.

In a police report at Hardy Police Station dubbed “stealing by servant” under OB number 25/22/06/2022 at 1620 hrs, Gaichuhie’s wife reported the loss.

“It was reported by Charity Waithira Mungai a resident of Lamwia road within hardy that today, 22/6/2022  she left for work at around  0700hrs together with her children, leaving behind her housemaid one Miriam Mwelu Muinde a Kamba female aged 45 years in the house.,” the police report read.

The wife reported that upon return from work at around 1500 hrs she found the house girl missing, and upon checking in the house, she realized that her jewellery worth about shs 500,000 and cash 4 million which had been placed on top of their wardrobe by her husband one Nelson Ributhi Gaichuhie, missing as well.

The report said the scene was visited by Kenya Police Service personnel and DCI.

The DCI officers from Karen are investigating the incident.