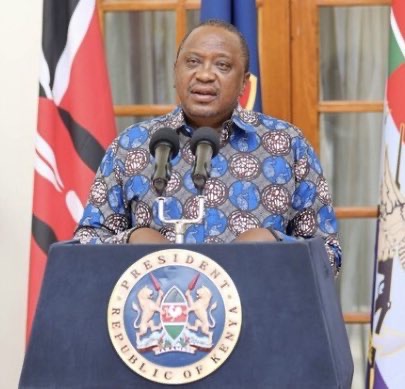 When President Uhuru Kenyatta leaves office following the General Election on August 9, he will get a lifetime salary of Ksh1.2 million per month.

The compensation is always accounted for in the national budget and is a component of the retirement benefits that previous presidents are entitled to.

Heads of State who leave their positions are paid 80% of their pensionable income, which is typically 60% of their gross pay.
In addition, Uhuru will be given a Ksh34.6 million one-time gratuity at the conclusion of his term as president.

Additionally, he will receive monthly payments of roughly Ksh1 million, which include a Ksh300,000 residence and Ksh216,562 in fuel allowance.

President Uhuru will further receive a Ksh200,000 recreation allowance in addition to a Ksh300,000 allocation for water, electricity, and telephone use.

The departing Commander-in-Chief will also receive four cars, each of which comes with a driver whose salary will be covered by the government.

According to the recurring spending estimates for the Financial Year 2021/22 laid before Parliament, the Treasury allotted Ksh72,000,000 in May 2021 as gratuity for retired presidents.

When President Uhuru Kenyatta’s term ends in July 2022, the Treasury will have added a new budget line item called “gratuity for retired presidents.”