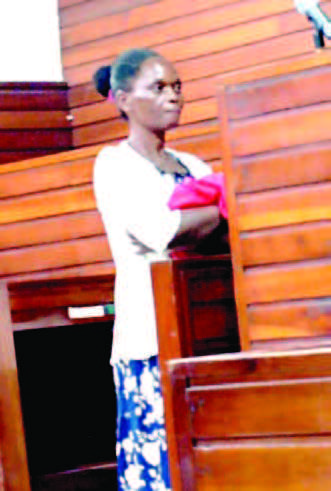 During yesterday’s inquest in Mombasa, Joyce Wasike gave a statement.

The inquest was informed that in February 2018, the body of six-year-old Emmanuel Wekesa was discovered in the bishop Joseph Maisha’s car that was parked in the Ushindi Baptist Church’s parking lot in Likoni, Mombasa county.

On February 25, 2018, Wekesa vanished during a Sunday school lesson at the church. His body was discovered the next day inside the bishop Maisha’s vehicle with the license plate KBH 379N.

After two days, the body of the youngster was found in the back seat of the bishop’s car, according to Joyce Wasike, the mother of the minor, who testified before Mombasa Chief Magistrate Martha Mutuku.

She testified at the inquest that she had gone to the church on the relevant day in a desperate attempt to find the missing child, only to run into the bishop.

According to a postmortem report submitted to the court, Wekesa passed away from asphyxia-related multiple organ failure that occurred over time.

“As the prayer session was ongoing, l saw several police officers and church administrators (within the compound). My son had been found dead inside the car which had been parked within the church compound, the car had been parked there all along while l was searching for my son,” she told the inquest.

Dr. Thabit Swaleh, a pathologist, performed an autopsy at the Coast General Hospital on February 26, 2018, and his findings further confirmed that both of the man’s lungs were crowded, and that his brain had signs of vascular congestion and early decomposition.

Richard Wasike, the father of the minor, painfully recalled how his immediate family had accused him of sacrificing his own son to the church.

‘We have not been together for a while,’ Singer Nadia Mukami confirms break-up with Arrow Boy