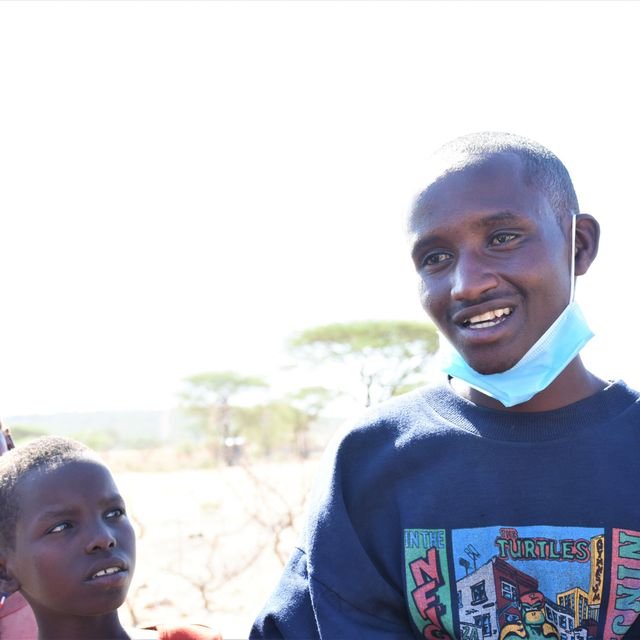 The second born in a family of seven— five boys and two girls— was born with hearing impairment in 2001, according to his mother Sabato Lepeto.

Seven years later, she took him to the Isiolo School for the Deaf, about 30 kilometres away, near Isiolo town.

Deafness is the inability to understand speech through hearing even when sound is amplified.

Before his admission to the school in 2008, and like is the tradition, Utalii’s hearing was screened and established that he could not hear, not even a scream.

But four years later, something changed.

Amina Ibrahim, who cared for the schoolboy from 2011, told the Nation that she later discovered that he could hear although one had to raise their voice.

Utalii, who had already learned and was communicating in sign language, later started attempting to speak but could only make some sounds until he sat his KCPE exams in 2015.

Before the discovery, his parents used to communicate with him through sign language and on several occasions would face challenges interpreting his gestures, which threw him into social exclusion.

“We used to speak to him (in loud voice) and he responded through sign language while he struggled to utter words,” his elder sister Jamila Lepeto recalls.

Still convinced he was still deaf, he later joined a secondary school for the dead in Nyeri only drop out three years later after his sponsor withdrew support while in Form Three.

He returned to the village and joined a group of youth involved in sand harvesting at the nearby River Ewaso Nyiro to assist his mother, the sole breadwinner, fend for the family.

All this while, his family says, they kept hope high that he would one day speak and years later, it came to pass.

Call it a miracle or mystery, Utalii shocked his relatives, whom he had been living with at Archers Post town, when he suddenly uttered some words in the wee hours of the morning of Saturday, April 10.

At first, his cousin Paul Letoiye thought it was a dream as had not gotten out of bed but was shocked when Utalii woke him up saying “Habari”, meaning “Hello”.

“We did not even take breakfast. I was so happy to hear him utter some words,” Letoiye told the Nation.

Later in the day, the elated Utalii proceeded to Lorubae village where his mother lives— shocking the neighbours and his siblings.

Jane Lepalsintio was the first neighbour Utalii greeted while heading to the village— about 100 metres past Lorubae Primary School.

“I was shocked when he asked me ‘Habari’ and at first took some time before responding. It is such a great miracle because he used to communicate to us through sign language,” she recalls.

When the Nation visited the village last week, his mother and grandmother Naomi Lepeto shed tears of joy thanking God for what they termed as “a miracle”.

READ ALSO  How we beat Covid-19

“We thank God for making him (Utalii) speak. We thought he would never speak but are so happy to see him talk,” the 72-year-old granny said.

His mother was overwhelmed with joy and only said “I cannot believe my son whom we used to struggle to communicate with can now speak”.

Utalii is now able to speak and respond to greetings and other questions though he still struggles to hear.

“Nilianza kuongea juzi. Nasema Habari yako? (“I started to speak the day after yesterday. How are you?…,” Mr Utalii told the Nation.

When we asked him “Habari”, he comfortably responded “Mzuri” meaning “good”.

His sister Jamila said having known how to speak, Utalii should be assisted to continue with his education so that he can achieve his dreams.

Waso East Chief Henry Lenayasa said he was also happy after learning that the boy he had known to be dumb, had started speaking, saying they will assist him to join a regular school.

“He should be assessed to establish if he needs an assistive device and we can later chip in and assist him enrol in a regular school,” the chief said.

Health specialists say there is a possibility the young man was not accurately assessed while being admitted to the Isiolo school 12 years.

Hearing plays a crucial role in speech and language development and one cannot speak without hearing as the latter precedes the former.

“There is a likelihood that the boy was not adequately assessed before being admitted to the school because they should have discovered that he, possibly, was partially hearing. There is no way he would years later start hearing,” an Ear, Nose and Throat expert at Isiolo Referral Hospital Dr Antony Mwangi told Nation.

Thorough diagnosis should be done to establish Mr Utalii’s hearing ability for proper treatment and possible enrolment in a regular school, the specialist said.