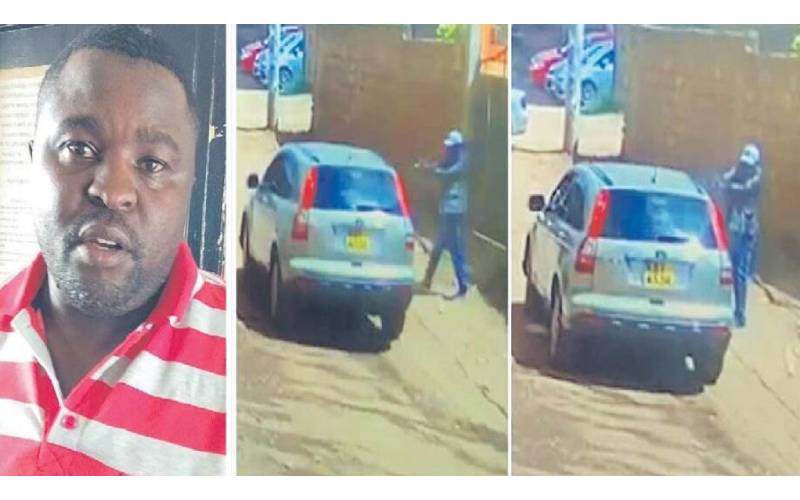 One of the wives of the murdered businessman, Samuel Mugota, who was shot in broad daylight in Nairobi’s Mirema neighborhood, has filed a police statement outlining her husband’s strict relationship standards while leading a very private life.

Winnie Wambui, who resides on Kenyatta Road in Kiambu county, says Mugota’s life and the lives of the people he chose to connect with were wrapped in mystery and restrictive conditions.

Mugota hardly spent a night away from home, according to Wambui’s testimony. “He was secretive. I never knew any of his friends. However, he used to receive numerous calls from women. I could not ask him whom they were because he detested being questioned,” she recorded in her statement.

Despite several accusations linking him to a drink-spiking ring operating in Nairobi clubs, Mugota’s wife said that he never drank or smoked.

According to preliminary sources, he had three children and seven spouses.

Two more women have made their statements. One of the ladies says Mugota claimed to be a government officer working for the Ministry of Livestock in Nairobi.

Mugota was nice, she said, and to show his love and devotion, he covered her house rent for a year and sent her maintenance money cash on a regular basis.

Mugota, on the other hand, only came to the house twice and did not stay the night. She informed detectives that they maintained in touch via phone conversations and that he promised to pay her a visit once he returned from an official trip.

So far, just one suspect, Dennis Karani, has been apprehended by police after being tied to the businessman’s death.