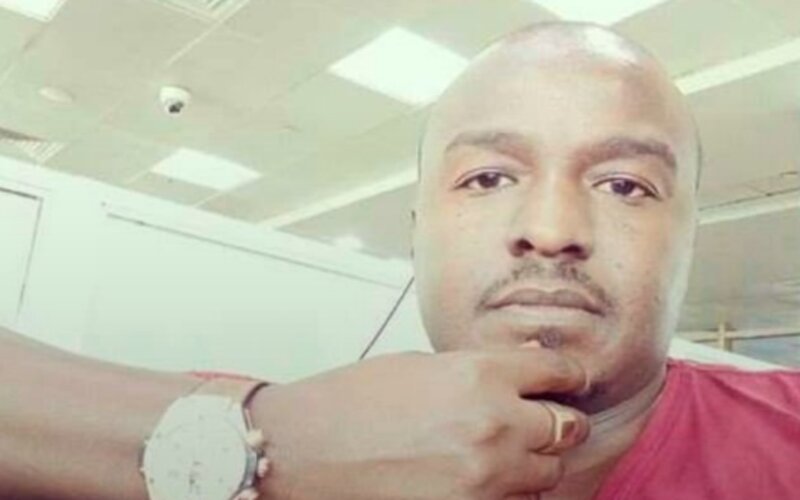 Elijah Obuong’, Brian Oduor and Benjamin Imbai were not friends with Jack Anyango Ochieng’, the family of the missing 37-year-old (Ochieng’) now says.

The four went missing on April 19 from Enkare Nightclub in Kitengela, Kajiado County, where they had stopped to have lunch.

For a while now, it has been reported that all the four were familiar with each other. However, Ochieng’s family now claims their kin had a trader-client relationship with the other three, and that no concrete friendship ties bound them.

According to the distressed family, Ochieng’ was doing well in his car hire business, and that the other three only approached him for his services.

What the family couldn’t explain, however, was how the trader ended up on the same table with men whose backgrounds were suspect.

Records show Obuong’, Imbai and Oduor were, on separate dates in the past, linked to a series of car break-ins, and were even arraigned over the offences.

However, there has been nothing yet to suggest Ochieng’ had a criminal past.

His family now clings on to that fact to claim Ochieng’ was collateral damage as authorities allegedly pursued the other three.

“We did not know those people (Imbai, Obuong’ and Oduor),” Cliff Ochieng’, the brother of Jack Anyango Ochieng’, told The Standard on Thursday, May 6.

“They were not Jack’s friends,” he emphasised.

Cliff said he wasn’t familiar with what business deals Obuong’, Imbai and Oduor were engaging in, but was “extremely certain” that his brother was a “good man”.

READ ALSO  Tahidi High actor OJ: Women still want me to date them but I am taken

“He (Jack) was operating a car hire business,” he said. “The State has records showing Jack was in legal business.”

On the fateful day (April 19), Jack received a call from unidentified persons who had promised him business, Cliff said.

“[I think] they promised they would hire his vehicles. Jack was only responding to business interest,” Cliff said after information mounted that Jack had gone missing alongside the other three from Enkare in Kitengela.

“Even Jack’s wife, Monica Wanjiru, did not know who Obuong’, Oduor and Imbai were,” said Cliff, who has urged police to expedite the search for his lost kin.

“We have visited many mortuaries in Kajiado, Machakos, Nairobi, Kiambu and Murang’a counties, but haven’t found Jack’s body in any of them.”

Cliff claims the logistical costs of the search are taking a financial toll on his family.

“[Recently, on April 30], the Inspector General of Police Hillary Mutyambai said a special team would be formed to investigate the four people’s disappearance. To date, no law enforcement officer from the DCI or police has updated us on anything. The search task is solely on our shoulders,” said Cliff.

Of the four missing persons, two remain unaccounted for as the other two were confirmed dead on April 29.

The deceased, Elijah Obuong’ and Benjamin Imbai, were found dumped in a river and forest respectively. Obuong’s body was retrieved from Mathioya River in Murang’a County on April 29, while Imbai’s remains were found in Kieni Forest in Gatundu North, Kiambu County the same day.