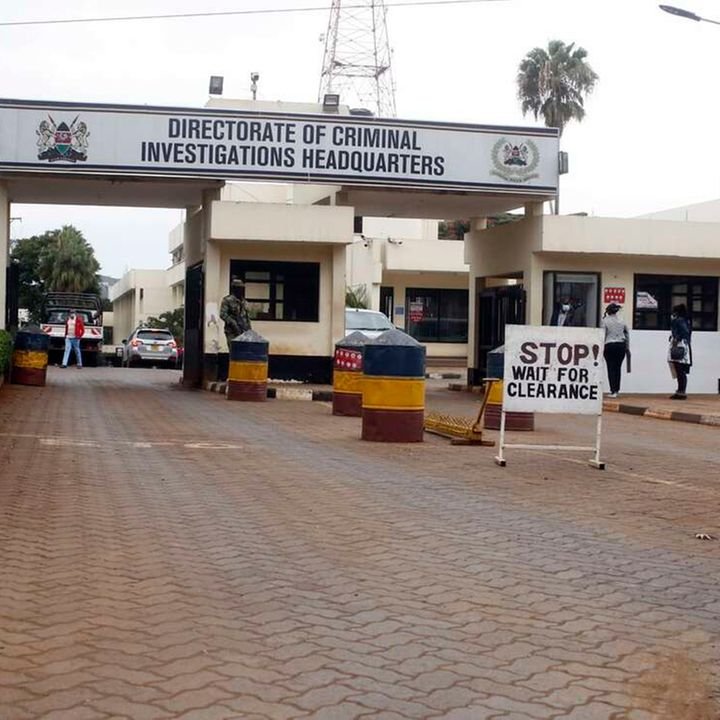 At around 2am on August 25, Jessica* left her parents’ house in Nyeri’s Farmview Estate to answer the call of nature.

But she disappeared, leading to a frantic search by her family and relatives.

A month later, detectives traced the 14-year-old Standard Eight pupil to a remote village in Tanzania.

The Directorate of Criminal Investigations (DCI) and Tanzanian police have now arrested a 19-year-old security guard for allegedly abducting and defiling the girl.

According to police, the parents of the teenager, who was on her midterm break, said she disappeared from their home in the dead of night.

“On the fateful night, she had stepped out of their house to answer a call of nature at 2am, only for her parents to wake up in the morning and find their daughter missing. They immediately reported at Gatitu police post,” the DCI said in a statement.

The case was referred to the DCI, with Nyeri Central sub-county Criminal Investigations Officer John Gacheru taking up the matter.

Shortly after the girl disappeared, it also emerged that Alex Malel, a guard at a nearby facility, had also gone missing.

Detectives suspected that the girl could have eloped with the guard, who was said to have Tanzanian roots.

“We immediately started collecting intelligence on the suspect and tracking his phone using our surveillance systems,” Mr Gacheru said.

Investigations eventually pointed towards Tanzania and with the matter looking to take a cross-border diplomatic angle, the DCI headquarters was called in to assist.

Detectives, who believed the missing teen was in Mr Malel’s company, engaged Tanzanian authorities when they learnt that the suspect had crossed into Tanzania.

Through Interpol, the Special Services Unit of the DCI was dispatched for a rescue operation, to work with the Tanzanian regional police in Arusha.

On Monday morning, the suspect was traced to Engarika, south of Arusha.

“In a meticulously planned rescue mission led by DCI’s elite Special Service Unit and Tanzania’s regional crime office based in Arusha, Malel was finally cornered yesterday morning at 2am, within Engarika area and the girl rescued,” DCI said.

The girl has since been reunited with her parents after being questioned by detectives.

Meanwhile, Mr Malel has been placed in police custody at Mto Wa Mbu Police Station in Tanzania and will face defilement and abduction charges.

Related Topics:Alex MalelNews
Up Next