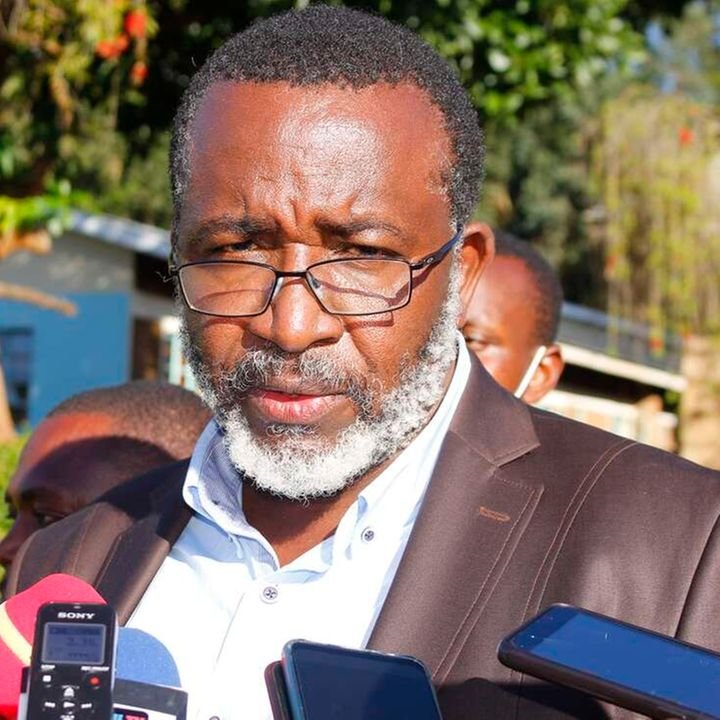 Meru Senator Mithika Linturi is facing possible arrest and prosecution over allegations of entering a hotel room in Nanyuki at night and sexually assaulting another man’s wife.

Mr Linturi wants a court to stop the Director of Public Prosecutions (DPP) and the Directorate of Criminal Investigations (DCI) from arresting him over the January 29, 2021 night incident at Maiyan Villas Resort Nanyuki. He says the alleged victim of the sexual assault and her husband had extorted Sh1 million from him over the incident.

Through lawyer Charles Benedict Mwongela, the senator wants court to urgently enhance earlier orders that stopped his prosecution over alleged land fraud, and issue further orders barring the authorities from intimidating, arresting and charging him with new criminal offences founded on “attempted rape and indecent act with an adult”.

In the court documents, Mr Linturi says he has got hold of a letter dated May 5, 2021, authored by DCI boss George Kinoti to Interior Cabinet Minister Fred Matiang’i indicating that there is a looming charge of attempted rape and indecent act with an adult.

According to the letter, Mr Kinoti says the senator was a client at the resort and at 3am, he entered the room neighbouring his and attempted to rape its female occupant.

The woman, together with her husband and friends arrived at the hotel on January 29 and booked a villa. Later that night, she was tired and retired to the room the couple had booked, leaving the door unlocked as she and her husband had agreed.

At 3am, she heard the door being unlocked and the lights, which were on, were switched off. She assumed it was her husband. The person entered the bed and started touching her in an unusual manner.

“She became alarmed and told the person off, though he was silent and never uttered any words. This continued for a while, then both fell asleep,” says Mr Kinoti.

At 3.30am, the woman heard a knock on the door and went to open. She found her husband standing at the door, prompting her to switch on the lights since she was confused and perplexed as to who the man in the bed was, having assumed him to be her husband.

Upon switching on the lights, they realised there was a stranger in the bed and the husband became furious and raised the alarm. The man’s friends responded and one of them identified the stranger as Senator Linturi. It was also established that the politician was a guest at the same resort and had booked a different villa.

A commotion ensued and Mr Linturi allegedly offered to settle the matter amicably by paying Sh1 million. Sh200,000 was in cash and Sh800,000 in cheque. After settling the dispute, Mr Linturi reported a case of extortion to the DCI Laikipia East.

However, the woman was dissatisfied with the decision of the Laikipia East DCI to turn her and her colleagues into suspects.

This prompted the DCI headquarters to take up the matter and interview all persons of interest. The file is complete and is awaiting a decision to prosecute.

However, Mr Linturi’s lawyer says when the Interior Cabinet Secretary was asked by the Senate Committee on National Security Defence and Foreign Relations to explain the circumstances surrounding the senator’s arrest while performing his parliamentary duties, the CS detailed 37 counts of alleged criminal offences that had been approved against him.

Mr Mwongela says the new and additional intended charges were never disclosed by the Cabinet Secretary when he tabled the report dated May 6, 2021, to the committee on May 7, yet the DCI’s knowledge of the alleged sexual offence complaint predates the ministerial statement by about three months.

“These newest alleged criminal offences have never been disclosed to either Linturi or to this court, despite existence of this matter and several appearances by counsel for the respective parties concerned, hence the DPP and DCI must have tactfully withheld and concealed the same as an alternative trump card to defeat the conservatory interim orders issued on May 11, 2021,” Mr Mwongela tells court.

The senator has all along only been aware of intended charges revolving around ongoing civil, commercial and family matters, which the DPP and DCI were about to prefer against him, adds the lawyer.

He was unaware of the additional criminal offences of attempted rape and indecent act with an adult, which are now being sprung on him as a surprise, says Mr Mwongela in the application that is scheduled to be heard on August 31.

Mr Linturi links his troubles with the authorities to the forthcoming by-election in Kiagu ward, Meru County.

“There is an impending by-election set for next month in Meru County, which I represent in the senate with respect to member of county assembly for Kiagu Ward hence I greatly fear that my impending arrest, charge and prosecution is timed to cripple and intimidate me from actively campaigning for the candidate of a political party of my choice during that crucial exercise,” says Mr Linturi in his affidavit.

He also says the looming arrest is aimed to assist his former wife Maryanne Kitany and others facing him to resolve the ongoing civil, commercial and family disputes in their favour.

“DCI aims to coerce me to adopt a particular stand on contemporary political issues, and especially as regards ongoing political formations ahead to the 2022 General Election, to silence me from voicing issues deemed unpalatable to the present political regime,” says Mr Linturi.