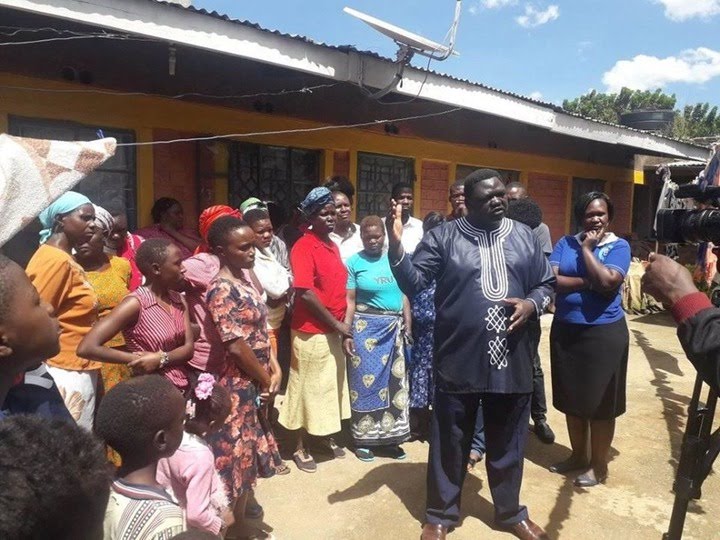 Residents of Moi’s Bridge Ward in Uasin Gishu have today taken to the street to protest lack of development from their area member of county assembly as he promised.

They accused area MCA Phillip Tirop Melly of forgetting them in the hour of need and have vowed to teach him a lesson on UDA’s nomination slated for Thursday.

“He has overseen a high tax regime in our area, people in Eldoret and other towns pay little tax compared to us here in Moi’s Bridge, we want a leader who will serve us equally,” said Boniface Lagata.

Another resident said that he has decided to protest a day to nominations with the objective of sending the MCA a warning.

“We are going to send him parking, the area Bishop has been moving around in funerals, Harambees, weddings and all the social gatherings supporting us, but he has been busy eating as a king, enough is enough,” Amos Kimani said.

He said that in 2017, the MCA was so humble, and he promised to fix a lot of issues, but he has done none.

They further urged Bishop Kimeli to vie for the seat and assured him of their support.

“Either he vies on the UDA ticket or as an independent candidate we are going to elect him,” they said.

When reached for comment, Kimeli urged for peace and calm. He urged his supporter’s to get him the UDA ticket so that he brings good leadership and developments to them.

READ ALSO  Five Arrested in Lamu with Bhang Worth 250K
Related Topics:Kenya news
Up Next

Why Kenya’s total budget adds up to a record Sh4.05 Trillion