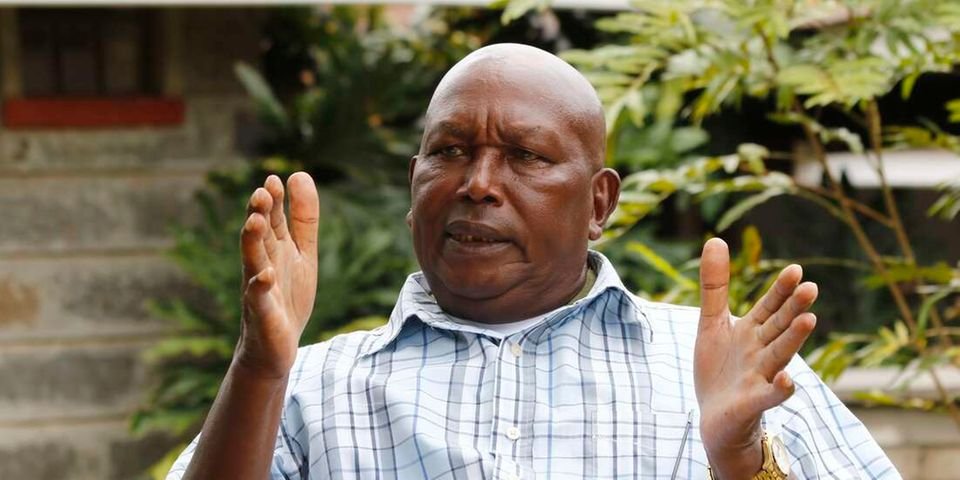 Mzee Njiru, 72, has served 46 years in Kenya’s civil service, 43 of which were in the Presidency.

In an interview on Friday with Nation.Africa, he said he was told last year to proceed on terminal leave ahead of his retirement on Saturday.

“I had not gone on leave for many years, so I was told to proceed on terminal leave, pending my retirement. It has been a challenging experience, interspersed with fulfilments, disappointments, envy, tribalism, backstabbing, intrigues, subterfuge and sophistry. But with the help of God I have come thus far,” he said.

“I want to thank presidents Jomo Kenyatta and Daniel arap Moi for giving me the opportunities to serve as their press officer. They also protected me from evil men who occupy every nook and cranny of the corridors of power.”

Mr Alex Kiprotich was appointed in 2016 to serve as Mr Njiru’s deputy and to prepare to take over from him when he retired.

But Mzee Moi refused to let go of Mr Njiru, who was his most trusted aide until his death in February last year.

Mr Njiru was hired to the office of President Jomo Kenyatta in 1977, and Moi kept him on staff when he took over from Mzee Kenyatta after his death in 1978.

Mr Njiru also thanked senior civil servants who he says held his hand and helped him manoeuvre through the dangerous labyrinths of power.

“My gratitude also goes to media establishments like the Voice of Kenya, later KBC, Nation Media Group, Standard Group Ltd, foreign media organisations such as the BBC, VoA, DW, Reuters,  AFP, UPI, Middle East News and many more that helped in my dissemination of news. Great newsmen like Tido Mhando of BBC and Shaka Ssali of VoA always come to mind.”

Asked how he plans to spend his retirement, he said: “Tukutane mitaani na mashambani (Let’s meet in the neighbourhoods and upcountry).”

He is the owner of the Geranium Resort in Ngata, on the outskirts of Nakuru town, where he also has a home.

Many of Mzee Moi’s staff were redeployed last year after his death.

Among them was Colonel Alexander Kiprop, who had been his aide-de-camp since he left office in 2002.

The Nation has established that Colonel Kiprop was sent back to the barracks and is undertaking further military studies at the Tanzania Defence College in Dar es Salaam.

Others redeployed were Mr Joel Komen, who was Mzee Moi’s head of security, junior security officers, bodyguards, secretaries, personal assistants, messengers and drivers, who have been absorbed by various ministries.

Mzee Moi had 30 police ofﬁcers at his disposal. They were also redeployed by Inspector-General of Police Hillary Mutyambai.

Mzee Moi’s private secretary, Mr John Lokorio, now in his sixties, and General Lazaro Sumbeiywo, who was his regional security adviser, are yet to be reassigned.

Mzee Moi had an office with staff, including Mr Njiru, Mr Lokorio, and Mr Kiprotich, who has been Mr Njiru’s deputy since 2016.

The workers had offices at Kabarnet Gardens in Nairobi and his expansive Kabarak home.

Before they were redeployed, the government gave the employees in Mzee Moi’s office at least eight months to mourn after his death last year.

Mzee Moi, who died on February 4, 2020, had received retirement benefits since leaving office in 2002, including a fleet of luxury cars, a fully furnished office and about 40 workers.

Moi also received a hefty monthly pension equivalent to 80 percent of the salary of the sitting President.

He was also entitled to other perks like fuel, house and entertainment allowances running into hundreds of thousands of shillings.

Running Moi’s office and that of former President Mwai Kibaki cost the public Sh243 million between January and June last year, with compensation to their staff, excluding workers seconded from the government, taking Sh126 million.

Aides seconded from the government, including press secretaries and security officers, are paid by the parent ministries.

He had a multimillion-shilling palatial home in Kabarak, Nakuru County.

His Kabarak home served as his retirement abode when he left office in 2002.

He had seven known private residences, one in the capital Nairobi and six in the Rift Valley.

The Nation has learnt that the homes will remain guarded, with round-the-clock security.

Sources, who did not want to be named, said Moi had at least 30 police officers, some guarding his homes and others serving as his bodyguards.

“The bodyguards were among the civil servants who were redeployed,” the source said.

Data from the Treasury shows that Moi’s and Mr Kibaki’s monthly pay and perks stood at Sh74 million in the 2019-2020 financial year, up from Sh64 million a year earlier.

In 2015, a High Court judge stopped the government from paying allowances worth millions of shillings to the two after finding that they were unnecessary expenses.

But the Attorney-General appealed the decision, allowing the two to continue enjoying their retirement emoluments.

Former Presidents are also entitled to four cars that are replaced every four years.

The government also pays workers at Mr Kibaki’s Nairobi office, which was bought for Sh250 million three years ago, and at Moi’s office at Kabarnet Gardens, off Ngong Road.

He took over from Kenya’s founding father Mzee Jomo Kenyatta following his death on August 22, 1978.

He held power longer than any other Kenyan leader since independence and critics saw him as an authoritarian ruler, while allies credited him for maintaining stability in a region rocked by political and civil strife.

Retirement benefits for former Presidents have come under sharp focus, especially in the past couple of years when allocations increased by large margins, even as the government insisted it had adopted austerity measures to deal with a burgeoning recurrent expenditure, including the wage bill.