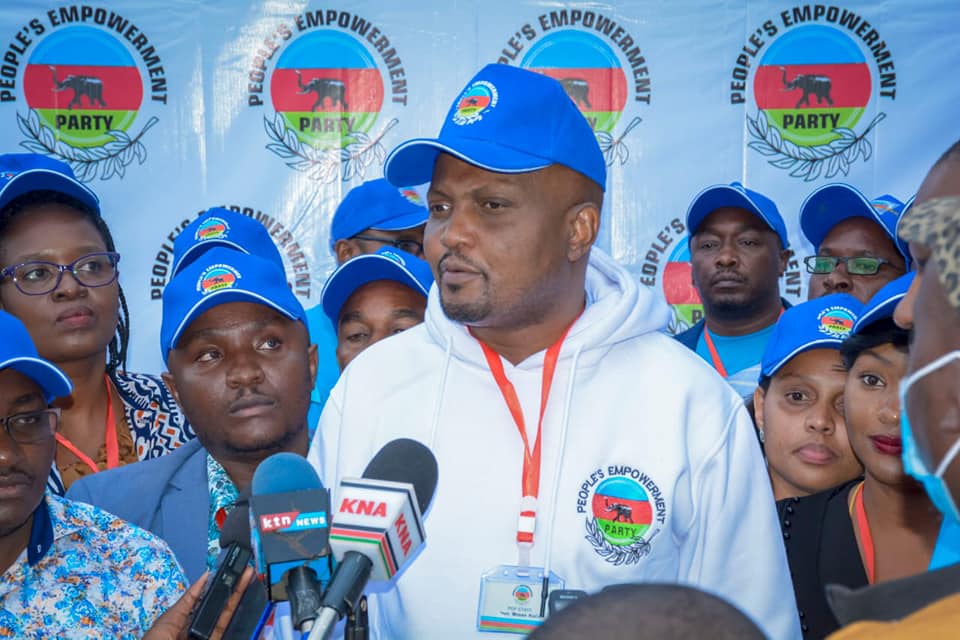 The gubernatorial contest in Kiambu County has heated up after Gatundu South Member of Parliament Moses Kuria formally confirmed his desire to be the next Governor of Kiambu County number 022,

On Saturday, February 26, Kuria posted a passage from Saxon scholar and teacher Alcuin of York (735-804), Master of the Palace School at Aachen, to his Facebook page with the description “Vox Populi Vox Dei.” The people’s voice is the voice of God. So please, God, assist me. “I feel protected under your protection.”

A poster of the MP stating that he will run for the seat under his own party, Chama Cha Kazi, accompanied the caption. Kuria’s tagline was Kaba Mwena Wa Ngai, which is a Kikuyu proverb that roughly translates as “it’s better to be on God’s side.”

Kuria is back on the campaign road after returning from Dubai, where he received medical care for third-degree burns on his feet, and holding a thanksgiving ceremony at Thika Stadium on Saturday, February 19.

“He is a Diplomatic Threat,” Kenyans in the Diaspora Say Ahead of Ruto’s Visit to the United States and the United Kingdom