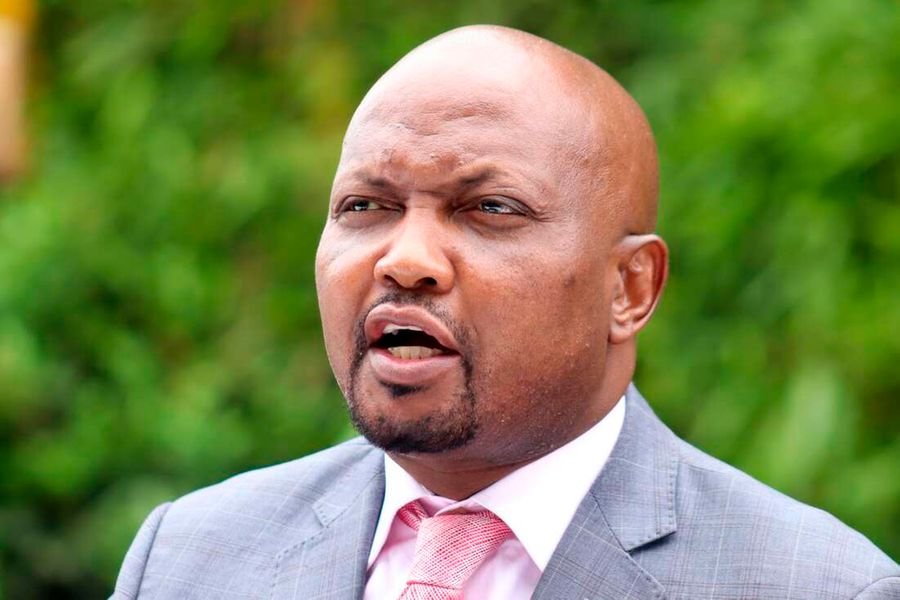 Moses Kuria, the cabinet secretary for trade, has urged farmers not to hoard maize, warning that the government will import grain if they do.

The CS stated that most farmers hold their items in storage until they can sell them for a better price at the funeral of Evelyne Mong’ina Ogutu in Tranzoia County.

He pointed out that the government would purchase genetically modified maize to prevent people from going hungry if the farmers continued to withhold the grain.

“The reason why people are starving is because the farmers have decided to keep their maize in stores. They are waiting for the ‘right’ time to sell the product at a higher price. But today I want to call upon the farmers to sell their product (maize),” said CS Kuria.

Kuria clarified that the government is not attempting to “battle” with the farmers over the issue of importing GMOs; rather, the action is intended to ensure that there is enough food available in the nation.

“We have no problem with anyone. Our main aim is to ensure that people are not sleeping empty stomachs. It’s not kind to just sit and watch people suffer,” said Kuria.

On the other side, he mentioned that a Cabinet Secretary meeting would be held on Tuesday to decide whether to permit the sale of GMOs.

“Farmers have until Tuesday because that is when we will know the stand about the GMO. If I get a go ahead then the GMO maize will be in the market,” noted Kuria.