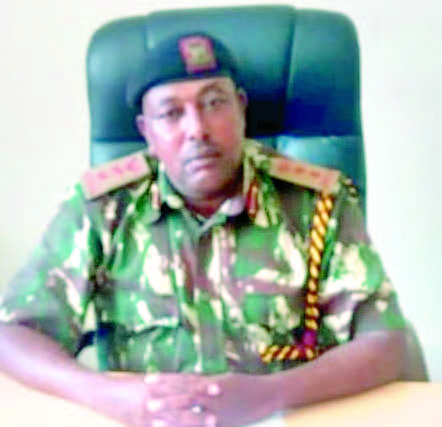 In the Majengo slums of Kajiado Central Sub-County, a 34-year-old lady killed her newborn child and held the body in her home for almost three months.

According to reports, Felister Mumo gave birth on July 16. Later, she killed the kid and stashed the body inside her home.

Her daughter, a 14-year-old student in Class 7, claimed her mother threatened her if she reported the crime, but she did so when the odor became intolerable.

The woman will be arraigned in court tomorrow as investigations continue, according to Kajiado Central Sub-County police commander Daudi Loronyokwe (right), who confirmed the event.

As they complete their inquiries, detectives will ask for an additional 14 days to hold the mother in custody.

Mumo was detained the day before. The remains were found in the house by the police.

The Class Seven student sadly described to authorities how she was afraid to report her mother’s horrible deed because of intimidation in a disturbing narration.

The police said: “The girl said the house had become inhabitable due to the choking smell from under a bed.”

Loronyokwe urged parents to seek help when they are not in a position to address their children’s issues instead of committing such acts.

Loronyokwe said: “It is so unfortunate that such a young soul’s life has been ended by the person who ought to have taken care of it.”

To keep the bad odor out, the bucket was covered with a polythene bag. Astonished neighbors expressed their rage at the vicious conduct.

She carried the pregnancy successfully and I even saw the baby the day she gave birth. I’m shocked and disheartened. This is a shame to women,” wailed a neighbour.